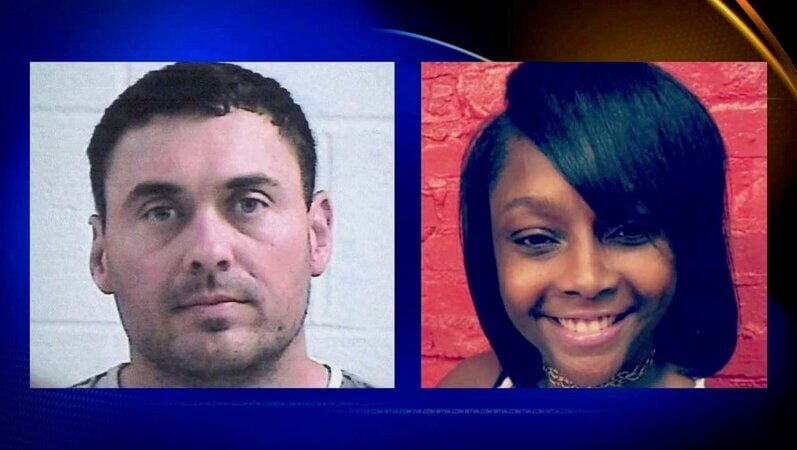 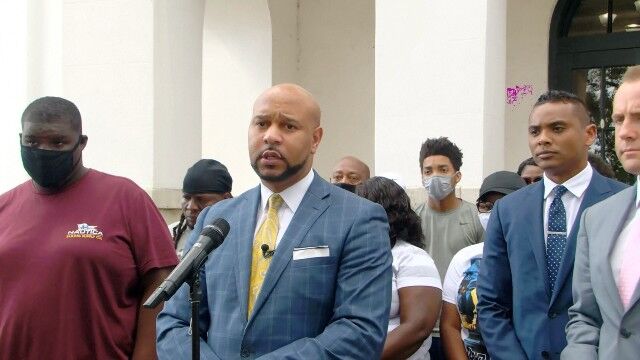 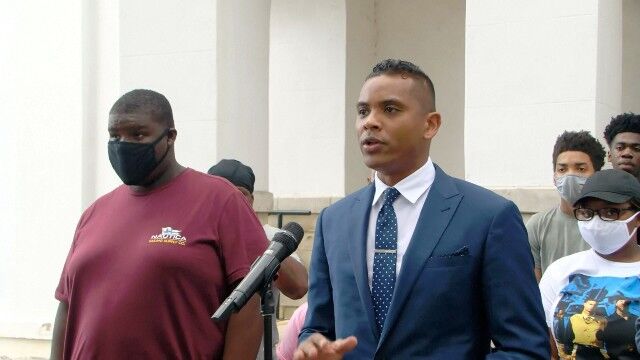 OXFORD, Miss. - The family of a woman who was murdered by an Oxford, Mississippi, police officer has filed a federal lawsuit against the city's police department.

The family and their attorneys discussed the lawsuit outside the Lafayette County Courthouse Thursday afternoon, saying Dominique Clayton's fourth and 14th Amendment rights were violated.

They cited an interview by [Matthew] Kinne during the investigation in which he said he was performing a welfare check when he went to Clayton's house.

They say he was acting as a police officer, in his police uniform, with his police-issued gun and in his police car, when he murdered the 39-year-old.

The former Oxford police officer accepted a plea deal just a week ago in connection to Clayton's murder.

The family says the two were involved in a relationship at the time of her death.

"On May 19, 2019, Ms. Clayton lost her life at the hands of someone sworn to protect and serve,” family attorney Carlos Moore said. “The individual who killed her in cold blood was Matthew Kinne. Last week, Matthew Kinne pled to capital murder and he will now serve the rest of his natural life in prison. So, that the family was pleased they got justice in chapter one, it's now time for chapter two. They have justice in the criminal courts and now they need justice civilly."

"It means that cities and departments are held accountable when an officer is held accountable when an officer is on duty or off duty so long as they are acting under the color of the law and that is exactly what we have here folks,” family attorney James Bryant said. “And, we hope that the city of oxford can understand that this grave tragedy could have been avoided."

The family's attorneys also say Oxford police should've never hired Kinne because he was forced to resign as an officer in Olive Branch where he previously worked.

The attorneys said any money collected as a result of the civil suit would go into a trust fund for Clayton's children, the oldest of which was 14 when she died.