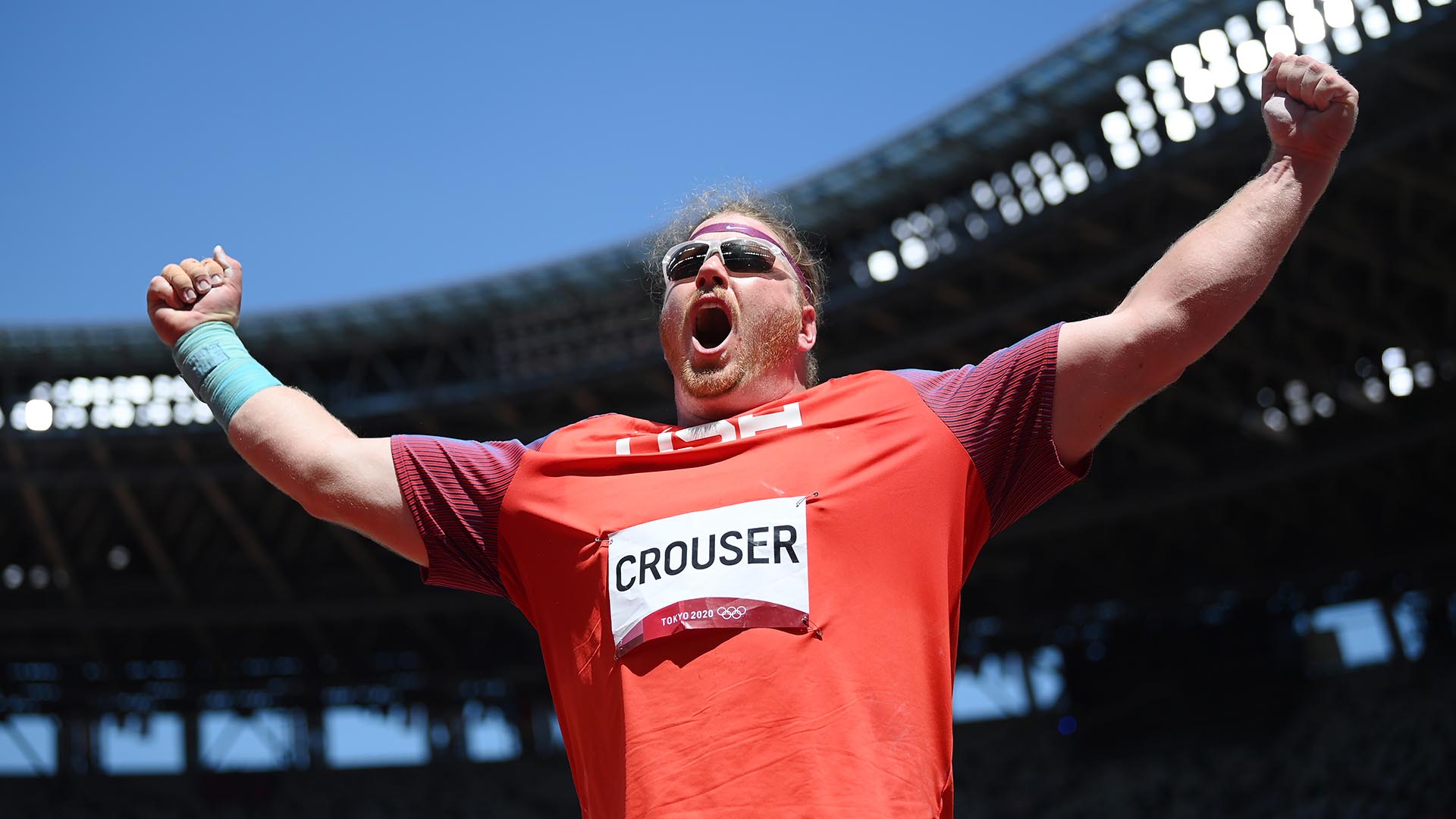 World record-holder Ryan Crouser successfully defended his Olympic shot put gold medal Thursday in Tokyo, launching a No. 2 all-time mark of 23.30m on his final attempt to seal the title.

Crouser, who led Tuesday’s qualifying, opened up with a massive 22.83m to best his own Olympic record set in Rio by about a foot, then increased it by 10 centimeters on his 22.93m second attempt before heaving the colossal sixth attempt, only the third throw in history to surpass 23 meters.