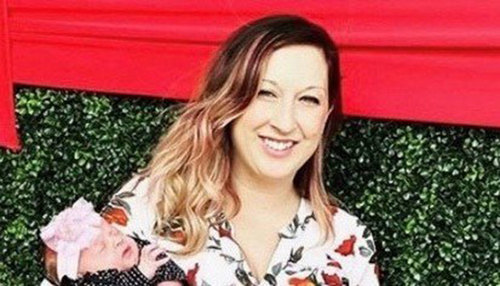 The body of a woman found in a Houston-area home has been identified as...

The body of a woman found in a Houston-area home has been identified as missing Austin, Texas, mother Heidi Broussard, officials said Friday.

The woman had been strangled in the trunk of a vehicle, the Harris County Institute of Forensic Sciences said.

Investigators also found a baby girl believed to be Broussard's daughter, Margot Carey, who with her mother was reported missing on December 12, Austin Police Chief Brian Manley told reporters. The baby is healthy.

Police are waiting for DNA testing to confirm the infant is Margot, Manley said.

Magen Rose Fieramusca was identified as a suspect, according to a source familiar with the investigation.

Fieramusca was being held Saturday in Travis County, and she made her first court appearance there overnight, said Kristen Dark, a spokeswoman for the Travis County Sheriff's Office.

Her attorney, Jackie Wood, was appointed late Friday and confirmed Fieramusca was transferred to Austin. Wood says she will visit Fieramusca in jail Saturday but it's unlikely the case will be scheduled during the holidays since most courts are closed.

More charges may be filed as the investigation progresses, Manley said.

'Although we are grateful that it appears as though we have safely recovered baby Margot,' Manley said, 'again, we do believe that Ms. Broussard lost her life in this incident.'

Baby was found in Houston-area home

Broussard and her newborn daughter were last seen around 7:30 a.m. on December 12, dropping Broussard's son off at an elementary school, police previously said. Authorities believed she returned home with the baby before disappearing. They were reported missing at 7:30 p.m.

Over the past week, investigators with local, state and federal agencies have interviewed family and friends, executed search warrants and followed up on tips from the community, Austin police Detective Brad Herries said.

Police were eventually led to a residence in the Houston area, where investigators on Thursday detained someone, Herries said. That evening, police executed a search warrant for the home and vehicles.

During the search, police found a baby whose 'visual appearance is consistent with that of baby Margot,' Herries said.

The home remains an active crime scene, and investigators are still looking at multiple locations between Austin and Houston, which are about 165 miles apart.

The father of Broussard's children, Shane Carey, pleaded last week for their safe return, telling CNN affiliate KEYE that he'd last spoken to Broussard at about 8 a.m. the day they vanished.

When he returned home from work at 2 p.m., Broussard and their daughter were nowhere to be found, Carey told the station. He went to pick up their son from school and then called police when he came home.