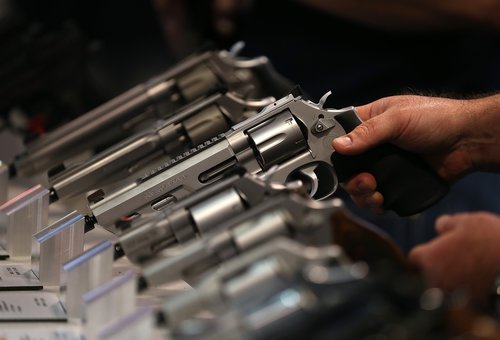 In the wake of mass shootings around the country, the mayor of one California city wants to require all gun owners to carry liability insurance for their weapons -- or pay a fee to help shoulder the public costs of gun violence.

San Jose Mayor Sam Liccardo proposed the local ordinance on Monday, and if passed by the city council, it could become the nation's first such requirement. Similar state legislation is also being considered in Massachusetts and New York.

The proposal comes just two weeks after a shooting left three people dead and injured more than 12 in Gilroy, California -- about thirty miles away from San Jose.

Offering just "thoughts and prayers" was not enough for the San Jose mayor after two families in his city lost children in the Gilroy shooting.

"While this is far from a complete solution, it is something we can do to reduce the harms of firearms, without waiting for Congress to take action," Mayor Liccardo said in a press release.

According to Liccardo's proposal, the insurance would cover "accidental discharge of the gun, and for the intentional acts of third parties who steal, borrow, or otherwise acquire the gun." It would not cover "liability of the policyholder for his or her own intentional conduct."

The requirement will not apply to sworn employees of law enforcement agencies.

Firearm owners unable to purchase liability insurance will be able to pay a fee instead. This payment would compensate taxpayers for the public costs of gun violence in San Jose, according to the press release from the mayor's office.

"With this measure, we won't suddenly end gun violence. But we're going to stop paying for it," said Liccardo.

Working with the Santa Clara County district attorney's office, Liccardo plans to come up with a consent-to-search program for juveniles. This would allow parents to consent to have local law enforcement search their homes for any weapons owned by their dependents. It would also allow police to "seize those weapons, in exchange for an agreement not to prosecute the dependent for unlawful possession of the firearm or weapon," the press release says.

Another program the mayor proposed involves offering cash rewards to anyone who reports someone possessing any guns or weapons obtained unlawfully.

Liccardo compares his approach to drivers having car insurance and imposing taxes on tobacco products.

"We require motorists to carry automobile insurance, and the insurance industry appropriately encourages and rewards safe driver behavior. We tax tobacco consumption both to discourage risky behavior and to make sure non-smokers are not forced to subsidize the substantial public health costs generated by smoking-related illnesses and deaths," said Liccardo.

The mayor's proposals will undergo a preliminary approval on Wednesday before being presented to the San Jose City Council.

CNN has reached out to the National Rifle Association for a comment.

Some hefty thunderstorms possible at times this week