Scientists noticed an error in the new season of 'Stranger Things' 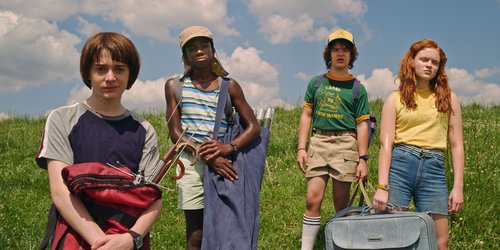 Season 3 of Netflix's "Stranger Things" expresses a subtle appreciation of science and gives an even bigger nod to science fiction. But the curiosity voyage...

Season 3 of Netflix's "Stranger Things" expresses a subtle appreciation of science and gives an even bigger nod to science fiction. But the curiosity voyage gets a little off track with its science, and we're not talking about exploding rats or people consuming copious amounts of chemicals.

As our young heroes try to save the world from ending again, only one thing can help them close the gate to the Upside Down and effectively kill the creature trying to destroy everything they hold dear in 1985: Planck's constant.

Planck's constant, named for physicist Max Planck, is a key quantity in quantum physics. It's the amount of energy carried by a photon with the frequency of its electromagnetic wave.

On the show, grownups Jim Hopper and Joyce Byers have infiltrated a secret Russian base deep beneath Starcourt Mall, and they're trying to crack open a safe that contains two keys to close the gate. Before he was murdered, Russian scientist Alexei told investigative journalist Murray Bauman that Planck's constant is the code needed to open the safe.

But when Hopper plugs in the code, it doesn't work. Bauman remembered Planck's constant incorrectly.

Dustin realizes that the one person who can help in them in this pre-Google age is his new girlfriend from Camp Know Where, Suzie. But Dustin lives in Hawkins, Indiana, and Suzie lives in Salt Lake City, Utah, so he uses the homemade ham radio he placed at the highest point in Hawkins to reach her.

Of course, to coax this number out of Suzie, Dustin must serenade her with the theme from "The Neverending Story." But that's another story for another day.

After chastising him for not remembering it, Suzie recites Planck's constant as 6.62607004 (without the units that come after it). Hopper tries the code, and the safe opens so he and Joyce can retrieve the keys.

But scientists at the National Institute of Standards and Technology noticed during their viewing of "Stranger Things" that this is the value established for Planck's constant in 2014.

The constant has changed as scientists have learned to measure it better over time with modern instruments, said Ben Stein of the institute's public affairs office.

In 2018, the number was updated again and adopted as part of the redefinition of the International System of Units, Stein said. That effort redefinited the kilogram and other units in terms of fundamental constants.