Western Union CEO: America's position as the world's role model is at risk 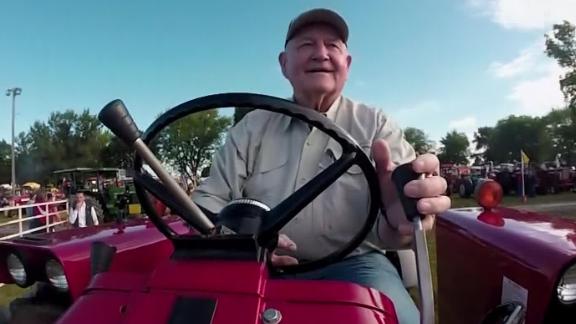 Agriculture Secretary Sonny Perdue acknowledged that farmers are getting hurt by President Donald Trump's trade war with China, but expressed optimism that a deal would be struck by the end of the year. CNN's Vanessa Yurkevich reports.

Western Union CEO Hikmet Ersek is bothered by the rise of anti-globalization and anti-migrant sentiment.

As the leader of cross-border payments giant Western Union and a native of Turkey, Ersek believes strongly in the benefits of free trade and legal immigration.

'My business is all about building bridges and connections,' Ersek told CNN Business during an interview from the sidelines of the Fortune Brainstorm Finance conference in Montauk, New York.

Ersek, a citizen of Austria and resident of the United States, said he's speaking on behalf of migrants, who represent the backbone of Western Union's customers base.

'This country is built on migrants. Everyone arrived yesterday compared with Europe. It's a new country,' he said. 'It's not easy to leave a country, cross borders and support your buddies and family back home.'

While Ersek said migration should of course be regulated, he expressed concern about the international perception of America in an era of hardline trade and immigration stances by the Trump administration.

'When I grew up, we were always looking up to the US as our role model. I have to say that many countries are maybe changing that mindset,' he said. The US as a brand is no longer 'top of the mind,' he added: 'They're looking for alternatives.'

Western Union, once known for telegrams, is now a global financial payments giant and a Fortune 500 firm.

The 168-year-old company specializes in international and cross-currency payments. Western Union completed 800 million transactions in over 200 countries last year — or 34 each second. And 80% of Western Union's revenue comes from outside the United States.

Ersek said the average consumer-to-consumer transaction at Western Union is just $300, reflecting the company's lower- and middle-income customer base.

'We are not maybe the cool brand that serves the upper class of people,' Ersek said. He noted that many of Western Union's customers are lower income, 'and we are very proud to serve these customers.'

Teaming up with Amazon

But Western Union is partnering with a powerful up-market brand: Amazon.

It's a way for Western Union to capitalize on its cross-border payment capabilities while simultaneously helping to meet the global desire for online shopping. Western Union said that the Amazon partnership, known has launched in 17 markets so far, including Hong Kong, Colombia and Indonesia.

'Amazon is trying to reach out to new customer segments, and there is no other global network as big as ours,' Ersek said.

'Globalization is only taking a break,' Ersek said. 'It's a time out.'

Must-watch videos of the week

Some spotty showers Friday followed by a mostly dry weekend

Workers reopen one of Columbus' busiest roads after sinkhole repairs

Pressure on Prisons: Past and Present

Tonight on WTVA 9 News At Ten