Google is finally getting an Android version of iMessage. It's called Chat 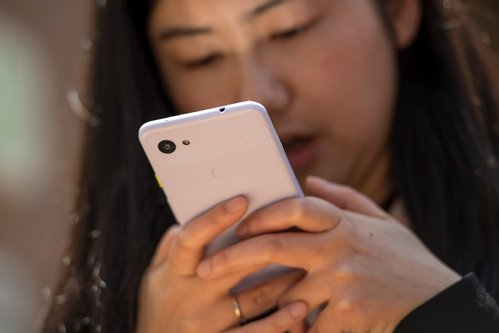 Google is bringing its version of iMessage to And...

Google is bringing its version of iMessage to Android.

Starting in the UK and France later this month, people with Android phones will be able to opt into the new texting service, which Google calls Chat.

Chat is an easier way to text on Android. Like iMessage, it provides read receipts and ellipsis symbols to indicate when people are typing. Chat also lets people send texts through Wi-Fi, so they can save their cellular data. And it lets them send higher resolution images and videos. Like iMessage, users can choose to opt into the service or disable it if they don't want it.

"While we're pleased with this progress, our goal is to seamlessly bring a modern messaging experience to every Android user around the world, regardless of their device or carrier," Google's product management director Sanaz Ahari told CNN Business in a statement.

Google's goal is still a ways off, but the company's statement is a good indication that more people in other countries outside the UK and France will get access to Chat soon. Google told CNN Business it will roll out Chat to other countries this year but didn't specify details.

It wasn't always so easy

For years the Android version of iMessage, based on a wireless standard called Rich Communication Services (RCS), seemed like a pipe dream. RCS was supposed to replace SMS texts. But even though it was created back in 2007, it has gotten limited pickup from carriers for over a decade.

Last year, Google said it was working with carriers and with Samsung to get the protocol working on Android, independent of whether carriers support it. Chat will exist in Android Messages and in Samsung Messages.

Unlike iMessage, WhatsApp and Signal, RCS doesn't offer end-to-end encryption. Google can still technically see the messages as they arrive on its servers and could be prompted to turn them over to law enforcement when asked. That could be a concern for Android users and security advocates.