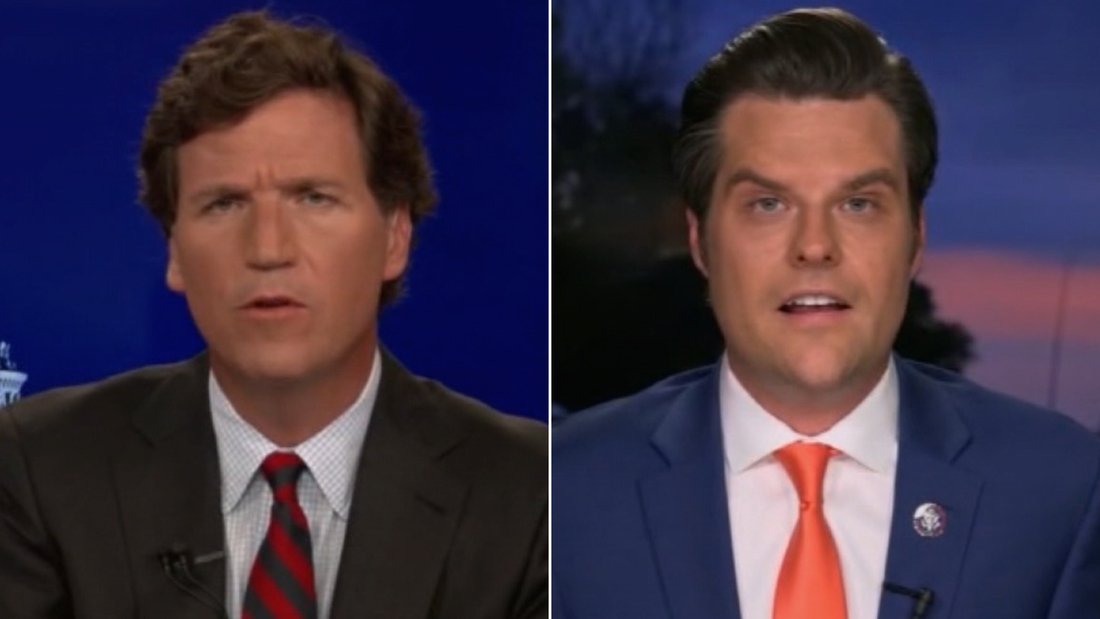 It is now public knowledge that Rep. Matt Gaetz is under investigation by the Justice Department, which is reportedly looking into whether he paid for the travel expenses of a 17-year-old girl across state lines to entice her into sexual activity. And Gaetz did not take the breaking of the news quietly.

The investigation apparently developed out of the federal case against Gaetz associate Joel Greenberg, a former Florida tax collector who stands charged with sex trafficking, identification document fraud, stalking and other offenses. Greenberg was indicted last summer and faces trial in June. Greenberg has pleaded not guilty.

Recognizing that being under investigation for sex trafficking is a very bad look, as soon as the news broke, Gaetz immediately sprung into action to defend himself against and divert attention from the reported allegations.

Unfortunately, Gaetz's responses likely only made things worse. It is a bad thing -- not to mention likely a violation of Justice Department regulations -- when information about investigations leaks into the public realm, and it is understandable that Gaetz would be upset by this reporting about him. But if I may offer Congressman Gaetz a piece of free legal advice: Hire yourself a good lawyer if you don't already have one and make that person's job easier by keeping your mouth shut.

Gaetz could and should have stuck with a plain old denial, saying that he did nothing wrong, does not believe he will be charged and looks forward to being vindicated, as a defense lawyer might have said on his behalf if given the chance. Instead, though, Gaetz went much further. He denied the existence of the 17-year-old and said "no part of the allegations against me are true."

However, he also provided information that might be helpful to the law enforcement officials investigating him, admitting to "generosity" to ex-girlfriends and telling Tucker Carlson on air that "providing for flights and hotel rooms for people that you're dating who are of legal age is not a crime." And most bizarrely, he appeared to suggest that Carlson and his wife went to dinner with Gaetz and a young woman of interest to authorities, thereby making both Carlson and his wife potential witnesses in the matter, a development that reportedly angered Carlson and prompted Carlson to immediately respond that he had no recollection of what Gaetz was talking about.

And Gaetz didn't stop there. He tried to explain away the allegations against him by lobbing some bombshell accusations of his own, claiming that he and his father are the victims of an extortion plot by individuals who demanded $25 million in exchange for helping Gaetz with the sex trafficking investigation. Gaetz named a former DOJ lawyer, David McGee, as one of his extortioners, describing him as "one of the former colleagues of the current DOJ," and alleging that "the people pushing these lies are targets of the ongoing extortion investigation."

The extortion allegation, which prompted a separate investigation out of a different DOJ office, contends that Gaetz's father was asked for money to help secure the release of Robert Levinson, a former FBI agent kidnapped in Iran, in exchange for help with Matt Gaetz's legal troubles. Gaetz's father provided news outlets with documents allegedly given to him as part of the scheme.

But Gaetz's attempt to draw this link to explain away the investigation into him fails. McGee left DOJ more than two decades ago and there is no reason to believe -- and Gaetz has supplied none -- that McGee has anything to do with DOJ's Gaetz investigation. McGee has denied extorting the Gaetzes, and denied knowing anything about the sex trafficking investigation other than having heard rumors about it. McGee does admit speaking to Gaetz's father, but claims that there was nothing untoward about the conversation.

In other words, whatever the merits of the claimed extortion investigation would have been -- which we'll now never know because of Gaetz's actions exposing it -- there is no basis at all to believe that the private citizens alleged to be behind extortion attempts beginning two weeks ago also caused the DOJ investigation into sex trafficking to begin months ago.

Obviously, I have no idea whether Gaetz should or will be charged for sex trafficking. But I can assure you of one thing: While the diversionary tactics Gaetz employed here may gain some traction on social media and cable news in the circles where Gaetz enjoys support, prosecutors will not be distracted from their jobs. And if Gaetz ends up facing federal sex trafficking charges, it's going to take a lot more than finger pointing and ranting on Fox News to get him out of that situation.

Hi: 74° Lo: 52°
Feels Like: 70°
More Weather
Canadian high pressure will continue to build into our area over the next few days. This will bring into our area some of the coolest air of the season so far. Some folks will see overnight lows down into the middle to upper 40s.

Sheriff IDs woman found in 1977 as victim of serial killer

Interview: The (A) Game - Let’s Get Vaccinated event in Aberdeen