The fly in the ointment of Mike Pence's debate performance 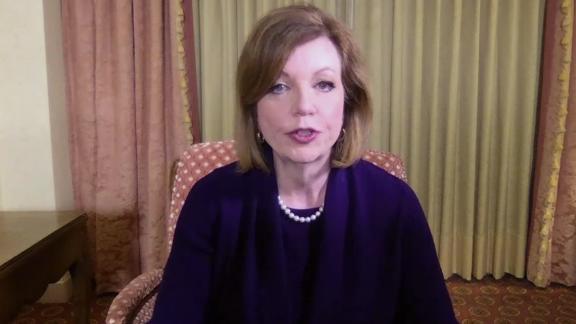 As messaging and communication coaches, we constantly receive requests from clients not to make them sound like politicians. We totally agree.

The propensity of politicians to ignore a direct question infuriates people. Most of us, however, acknowledge that politicians and direct answers can be distant strangers. Voters have come to expect that dodging a question -- or "pivoting," as it's known in the industry -- is done with a little style, a little finesse.

Wednesday night, Vice President Mike Pence's world was a finesse-free zone where style points were hard to come by. After persistently bobbing and weaving in response to moderator Susan Page's questions on issues such as whether President Donald Trump would commit to a peaceful transition of power, even the fly that took up residence on Pence's head got fed up and flew off.

Our guidance to clients is to answer questions directly as often as possible. This is what generates credibility and trust. Conversely, gratuitous evasion prompts suspicion and skepticism. On numerous occasions, Pence made not even the slightest effort to acknowledge the topic of the question, frequently ignoring the subject altogether, like he did when he bizarrely contorted a question about abortion into an answer about the killing of Iranian general Qasem Soleimani.

While this clumsy attempt to control the conversation might have allowed Pence to get in some extra shots on his preferred issues, studies tell us that he might have sacrificed a precious commodity that, according to recent polling, his ticket is in desperate need of: trustworthiness.

Todd Rogers, a behavioral scientist at the Harvard Kennedy School, analyzed the 2004 George W. Bush-John Kerry debate to better understand when question dodging works and when it merely enrages the audience. As Rogers has explained in interviews, he found that when viewers heard the candidate answer a question directly, they perceived him as likable, honest and trustworthy. When the candidate pivoted a little bit but stayed on topic, viewers still saw him favorably. But when the candidate dodged the question entirely, "everyone noticed and they thought he was a jerk."

Wednesday night, Mike Pence's evasions were anything but subtle.

Sen. Kamala Harris, on the other hand, demonstrated a masterful use of the pivot when asked about the importance of both Joe Biden and President Donald Trump's transparency (or lack thereof) on the state of their health. Harris began on the topic of health before pivoting to an attack that was likely high on the Democrat's wish list: "Joe Biden has been so incredibly transparent. And certainly by contrast that the President has not, both in terms of health records, but also let's look at taxes. We now know... that Donald Trump paid $750 in taxes."

Harris made a valiant effort on another pivot when asked if a Biden administration would seek to expand the Supreme Court. She tried to wiggle off that hook by steering her answer to how the Trump administration has packed lower courts with incompetent judges.

Of his appointments to the Court of Appeals, not one has been Black, Harris argued. Pence pounced on the non-answer, challenging her several times to answer the question of packing the Supreme Court. In doing so, he scored what could arguably be some of his only solid points of the night.

So, did Harris and Pence achieve what they set out to do? In Harris's case, she needed to be the Philippe Petit of politics, balancing the high wire act of attacking the Trump-Pence record but not coming across as too aggressive given the unfair stereotypes about her gender and race. She managed to pull it off by emulating her running mate's bright demeanor on the debate stage. Her frequent smile turned out to be an ideal counterbalance to her more assertive moments.

With a running mate unable to return to the campaign trail, a ticket that is down in the polls by double digits, and a lack of trust among voters to manage the most important issues, the task for Mike Pence was more daunting. In his one and only debate opportunity, he needed to steady a ship that this week seems to be taking on water, and the burden of that showed on his face. As CNN Senior Political Commentator David Axelrod noted on Twitter, Pence looked like he had been called to the principal's office.

Ironically, restoring a sense of stability is exactly what some felt Joe Biden did in 2012 after a surprisingly subpar showing by President Barack Obama in his first debate against Mitt Romney. But Pence's evasive performance likely failed to inject the GOP ticket with what it urgently needs most: trust, credibility and a sense of honesty.

Hi: 77° Lo: 71°
Feels Like: 75°
More Weather
The heat wave that controlled our area over the past several days is now behind us. The forecast for the next week looks a bit cooler & less humid.