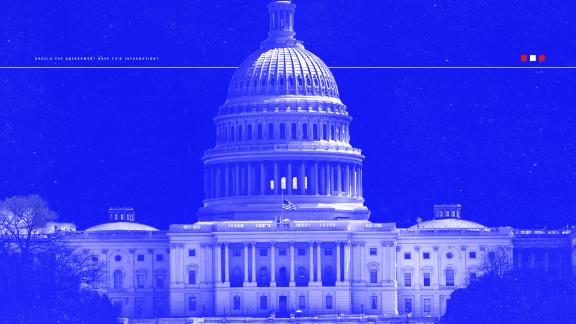 David Litt, a former Obama speechwriter and author of "Democracy In One Book Or Less," says there are some easy fixes to issues like voting and transparency.

If there is a word that might define 2020 thus far, it is chaos. Between coronavirus, economic uncertainty and racial division, the United States has already experienced a great deal of tumult. Many are worried that uncertainty could spill over into the fall presidential election.

In an effort to avoid this, the Supreme Court set out to determine whether presidential electors -- a slate of individuals in each state, whose number is determined by Congressional representation, designated to cast their state's electoral votes for president and vice president -- are free agents or not. On Monday, justices unanimously decided in Chiafalo v. Washington that states have the power to bind electors -- meaning we could see the end of so-called "faithless electors," or electors who choose to vote for someone other than their party's nominees.

The idea that a virtually anonymous figure like an elector can overturn the results of hundreds of thousands of voters is unnerving to most and it appears the court felt so too. Though the court was decisive, the fact remains that at best, unless the majority of states take steps, the potential for chaos among presidential electors will continue in 2020 and beyond anyway.

I have long argued that we should eliminate elector discretion as it puts undue uncertainty into a system that is already often maligned. I came to this conclusion after my first survey of presidential electors from the 2000 Electoral College.

If there was ever an election where elector fidelity mattered, it was the 2000 election. Although Al Gore won the popular vote, George W. Bush was able to eke out an Electoral College majority with 271 electoral votes. Had just two Republican electors abstained, the House of Representatives would have been tasked with selecting the winner. Had four Republican electors voted for Gore, they would have changed the outcome and Gore would have been selected president (recall that one of Gore's electors joined the ranks of the faithless and abstained).

It turns out that in my survey of the 2000 electors, two Republican electors disagreed with a question asking whether Bush was elected legitimately and two more indicated they were unsure. While all remained faithful to Bush, it suggests that at the margins at least a few were uneasy about casting their votes for him. Yet, they still remained faithful. And that is one of the major arguments offered by those supporting elector independence.

But that these electors maintained their loyalty in the face of their concerns suggests electors are unlikely to be bribed and are instead moved by their commitment to their political parties.

Currently just 15 states have laws in place to cancel faithless votes. Put another way, 70% of the states would have no recourse to prevent a faithless elector this fall unless they take quick action. Unless they do so, we can expect that a number of electors in those "free agent" states will consider going rogue.

Faithless electors do occur and although they are rare, we witnessed a record number in 2016. My research on presidential electors reveals that while few choose to do so, a large number consistently consider it.

To many, electors are an inconvenient historical artifact. It was originally thought that electors would use their own judgment to determine who would be best to lead the country. Alexander Hamilton wrote that these men would be "most likely to possess the information and discernment requisite to such complicated investigations."

Within a decade of the Electoral College's inception, however, the rise of party tickets quickly put an end to elector discretion, which was replaced by an expectation that electors would be loyal to a party's ticket. While the expectation of the role of elector has changed, the text of the Constitution regarding electors has not. This is one of the reasons why the court's ruling is somewhat surprising.

In delivering the opinion Monday, Justice Elena Kagan indicated that the Constitution is "bare bones about electors." While true, when the architects of various amendments dealing with the Electoral College had a chance, they never chose to eliminate the discretion of electors. Additionally, although Congress has the authority to count all electoral votes, they have never discounted a faithless vote.

The lack of Congressional action is a key characteristic of today's Electoral College, which has been shaped in many ways not by the text of the Constitution but through actions by the political parties at the state level. The winner-take-all system is chief among these changes. This method gives all of a state's electoral votes to whomever wins a plurality in that state. As a consequence, it does a poor job of reflecting how citizens in a state voted and works to support the two main political parties. In short, the Electoral College created by the Founders bears little resemblance to the Electoral College of today.

Justice Brett Kavanaugh's statement during oral arguments for the case in May --that the court should employ "the 'avoid chaos' principle of judging" and "if it's a close call or a tiebreaker, that we shouldn't facilitate or create chaos" -- suggested that the court might simply leave it up to the states when it comes to elector independence. This is exactly what the court has decided to do by upholding laws that bind electors.

Yet if avoiding chaos is the goal, then we need to take seriously a number of additional problems that might flow from this rationale. We can expect that states may put additional conditions on the appointment of electors to try to exert greater control. For instance, a state could require an elector to only vote for a candidate who has visited their state in the past 60 days or only for a candidate who has released their tax returns. These conditions would surely be challenged, but they also speak to the results-based judging that seems to have occurred with the issue of binding electors in the first place.

Another unanticipated consequence is that removing elector independence without a means to address the death of a candidate between the time of the general election and the time the electors meet could present a constitutional crisis. There is little guidance on this front and differences among the states in how they would respond to that situation could introduce further chaos in the electoral process.

At one point, Justice Kavanaugh asked bluntly: "What is the purpose of having electors?" Quite frankly, a similar question is often asked about the Electoral College itself. It is indeed a product engineered to support federalism in part, but many other factors were at play as well (such as consensus for Constitutional ratification, slavery, concerns over poor information flow, foreign interference and so on).

Just as the role of an elector has changed, the practices supporting the Electoral College have also changed. This is most notably evidenced in the role of political parties in controlling how the body functions. To this point, it is political parties, rather than states that drive our politics today. If avoiding chaos is the goal, then a national popular vote, might be the best means to avoid it in future elections.