Trump should pick Kim Kardashian West as his pardon adviser 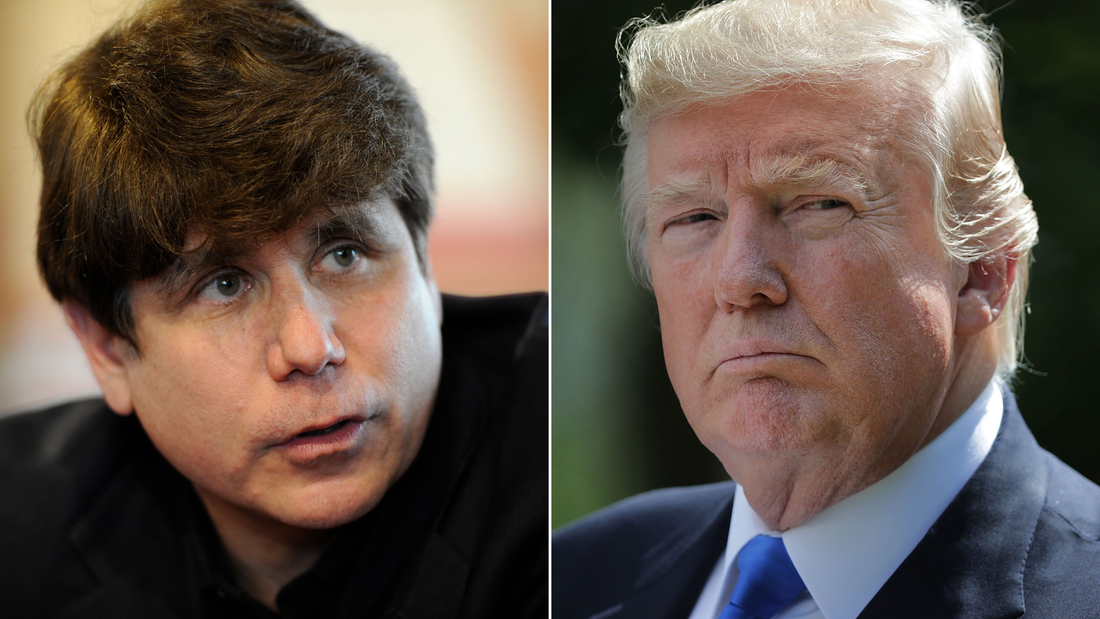 The acting pardon attorney of the US is Rosalind Sargent-Burns, but after Tuesday's spate of celebrity pardons, there's reason to wonder if the role should be offered to Geraldo Rivera -- or Kim Kardashian West.

When President Barack Obama pardoned 78 people in December 2016, the White House announcement simply listed those given pardons and commuted sentences, along with details of their offenses.

But when President Trump used his powers to give clemency to 11 people, the press secretary's statement was larded with the often-famous names of those vouching for the pardoned.

In the case of former NYC Police Commissioner Bernie Kerik, the President appeared to have relied on the advice of Fox News' Geraldo Rivera, former Navy SEAL Eddie Gallagher, whose rank the President restored after he had been demoted for posing in a photo with a dead ISIS prisoner, and Trump's personal lawyer Rudy Giuliani and others. (In the 1990s, Kerik had been Giuliani's driver and bodyguard.)

This is not a new situation as the President famously met with Kim Kardashian West prior to his grant of clemency to Alice Marie Johnson in 2018. In the same year, he got the idea to pardon the late boxing legend Jack Johnson from Sylvester Stallone.

All these pardons may have been warranted under the circumstances. Alice Marie Johnson, for instance, was a sympathetic grandmother who got sentenced to life in prison on her first offense, a drug trafficking and money laundering rap.

When Trump's campaign ran a Super Bowl ad touting the pardon granted to Johnson, the Washington Post pointed out on February 3, "The ad didn't mention Kim Kardashian West -- or that all but five of the 24 people who have received clemency from Trump had a line into the White House or currency with his political base, according to a review by the Post.

As the administration takes its cues from celebrities, political allies and Fox News, thousands of other offenders who followed Justice Department rules are waiting, passed over as cases that were brought directly to Trump leaped to the front of the line."

The Office of the Pardon Attorney was formed over 125 years ago to assist the president in making informed decisions regarding the granting of pardons. The website of the office outlines the elaborate vetting process that it suggests for the consideration of a presidential pardon or sentence commutation. The office suggests that usually, though not always, an expression of remorse for the crime committed is appropriate.

There are also detailed guidelines pertaining to the individuals who should be interviewed on behalf of the pardon attorney before a clemency recommendation is forwarded to the president. Extensive consultation with the Department of Justice, the assistant US attorneys who tried the case and even the sentencing judge is strongly suggested in Office of the Pardon Attorney regulations. It is possible that all of this was done with respect to the Bernie Kerik pardon, but I have my doubts.

Of course, President Trump did consult with the judiciary regarding the Kerik pardon as suggested by the regulations of the Office of the Pardon Attorney. In fact, he reached out to two jurists, Fox News' Judge Andrew Napolitano and former New Jersey Superior Court Judge Ray Reddin.

Judge Napolitano was most assuredly not the trial judge in the Bernie Kerik case. Judge Reddin could not have been the Kerik judge as he never served on the federal bench and the Kerik matter was a federal case. He formerly served as a superior court judge in Passaic County, New Jersey, where Bernie Kerik once served as an officer in the sheriff's department.

The trial judge in the Kerik case was Judge Stephen Robinson, of the Southern District of New York. After Kerik pleaded guilty to tax fraud and false statement charges, the judge handed down a particularly harsh four-year prison sentence, stating on the record, "The fact that Mr. Kerik would use (the 9/11 attacks) for personal gain and aggrandizement is a dark place in the soul for me.."

Perhaps the President knew of Judge Robinson's rather dim view of Mr Kerik's character but the White House press release describes the former NYC police commissioner as someone who "embodied the strength, courage, compassion and spirit of the people of New York" during the 9/11 attacks.

There is no mention of his use of the tragedy for "personal gain," as noted by Judge Robinson.

It remains a possibility that Bernie Kerik, Michael Milken and some or all the individuals granted executive clemency to date by President Trump were deserving of the President's mercy. Public confidence would be greatly enhanced, however, if the President made clear whether the vetting of the celebrities who received clemency took place in full accordance with the regulations and vetting process as suggested by the Office of the Pardon Attorney.

This is only fair, given the thousands of applications for clemency processed by that office annually.

Or there's always the option of appointing Kim Kardashian West. She is obviously someone the President trusts.

Mostly dry and cool weekend ahead

CORONAVIRUS QUESTION: Where should I go to get that second shot of the vaccine?

Joel's Friday Morning Forecast: Colder Friday and a bit breezy as clouds increase through the day

Columbus woman grateful to get vaccine appointment before February

Some having difficulties registering for vaccine