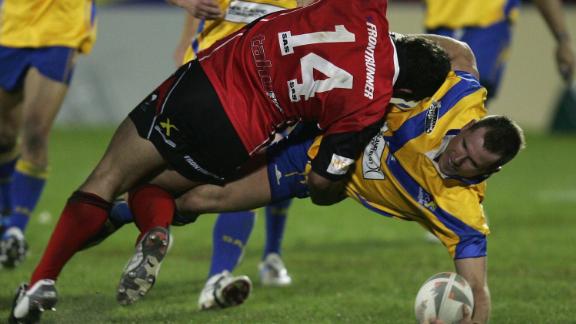 Rowan Baxter, a former rugby league player, his wife and their three children died after the dad allegedly set their car on fire in Brisbane.

A woman and her three young children have been killed in a car fire allegedly started by her husband who also died in the incident in Brisbane, Australia.

Hannah Baxter, 31, and her family were in a car when 42-year-old Rowan Baxter climbed in and doused it with petrol before setting it alight, according to multiple Australian news reports.

Mrs Baxter jumped from the vehicle and yelled "he's poured petrol on me," according to ABC Australia. She later died of her injuries in hospital.

Baxter, a former rugby league player, had self-inflicted stab wounds and died at the scene.

Police said in a statement they were called to a car fire about 8.30 a.m. local time Wednesday and three children aged six, four and three were found dead inside.

"My heart goes out to the families and community going through this tragic time and the emergency responders confronting what would be a shattering scene."

Police said early investigations indicate the woman was driving the car and the man was in the front passenger seat prior to the incident.

The husband and wife ran a fitness company, Integr8, based in Brisbane.