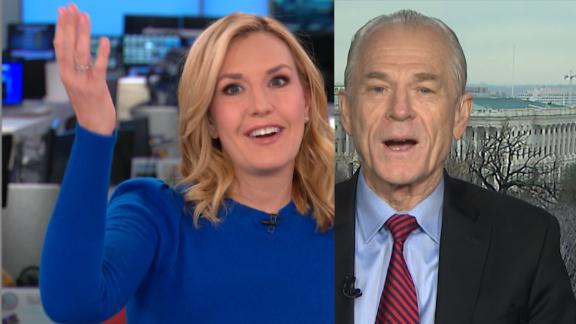 A commemorative tweet from former President Barack Obama Monday touting the "longest streak of job creation in American history" on the 11th anniversary of the Recovery Act was met by an angry tweet from President Donald Trump attacking Obama's record on the economy.

Trump tweeted: "Did you hear the latest con job? President Obama is now trying to take credit for the Economic Boom taking place under the Trump Administration. He had the WEAKEST recovery since the Great Depression, despite Zero Fed Rate & MASSIVE quantitative easing. NOW, best jobs numbers ever. Had to rebuild our military, which was totally depleted. Fed Rate UP, taxes and regulations WAY DOWN."

While the economy has improved under Trump, the expansion began under Obama. Analysis of the economy should take into account all contributing factors, so it's unfair to ascribe credit for economic growth or blame for economic problems solely to one President.

Responding to Obama's claim that the Recovery Act passed under his administration set the country on a path to economic success, Trump claimed Obama actually had "the weakest recovery since the Great Depression."

Facts First: If you look solely at the average rate of GDP growth, it's true that that the economy recovered more slowly after the Great Recession than during previous rebounds. But growth hasn't been exceptionally better under Trump.

Annualized GDP growth averaged about 2% after it bottomed out in 2009 through the end of Obama's term. That's far below the typical growth in rosy times of over 4% a year that the US has experienced since World War II.

Growth has ticked up slightly under Trump, to 2.5% during his first three years. That's well below the 4% Trump had promised but a bit better than the 2.4% average growth rate during the last three years of Obama's time in office.

Help from the Federal Reserve

With his comments about the "Fed Rate" being zero under Obama and up since his tenure, Trump is arguing that Obama got more help from the Federal Reserve in boosting the economy.

Facts first: It's true that Fed policies helped the economy recover from the Great Recession under Obama, and while its key interest rate is higher now than it ever was under the previous president-- it was cut last year for the first time since 2008.

The Fed kept the federal funds rate, its key interest rate, near zero during Obama's two terms and purchased trillions of dollars in bonds, a policy known as quantitative easing -- a tool the Fed used to help juice the economy from 2009 through 2014.

It didn't start to raise rates again until December 2015 and then for a second time in a decade in December 2016 -- at the end of Obama's second term. It continued to raise the rate after Trump took office, increasing it seven times -- until July 2019. Since then, the Fed has cut the rate three separate times. Currently, it's at about 1.55%.

Trump claimed the US now has the "best jobs numbers ever."

Facts First: While the more than 6.6 million jobs created under the Trump administration thus far is commendable, it is not unique.

It's true that the job record under Trump so far is better than the job record during Obama's first 35 months in office, but Obama inherited an economy in the midst of the worst financial crisis since the Great Depression. In comparison, Trump took office with a string of 76 straight months of job gains. Job creation under the Trump administration is a continuation of an improving job market, not the turnaround that occurred in the early years of the Obama administration.

In his tweet, Trump said he had to rebuild the US military because it had been "totally depleted" under Obama's tenure.

Facts First: It's misleading for Trump to claim the military was "totally depleted" when he took office. While average defense spending per year has increased under Trump, the US spent around the same amount on the military over both Obama and Trump's first three years in office respectively.

Although military spending decreased under Obama, this was largely due to the Budget Control Act, which passed in 2011 with Republican support and resulted in automatic spending cuts to the defense budget and other discretionary spending after a bipartisan committee failed to produce legislation that would decrease the deficit. Even still, the US spent well over $500 billion per year on the military every year of Obama's tenure.

US military spending in 2016 was also higher than that of the next eight highest-spending countries combined, according to the Stockholm International Peace Research Institute, which tracks global defense issues.