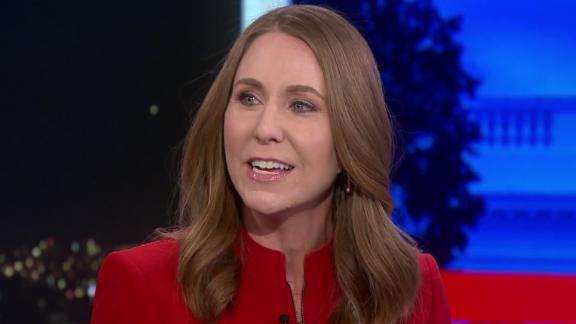 Senators are soon going to start seeing Adam Schiff in their sleep.

The lead House impeachment manager is relentlessly pressuring the handful of Republican jurors who are considering a vote to call witness and delay the acquittal that President Donald Trump craves from his impeachment trial.

Heading into the final day of his effort to build a devastating case, the indefatigable California Democrat is deploying every trick in the prosecutor's arsenal as he weaves a narrative of an unchained presidency hour after grueling hour.

After Friday, Schiff will cede the stage to Trump's lawyers, who plan to argue that the President did nothing wrong in his dealings with Ukraine and that the Democratic charge that he abused his power has no constitutional significance.

As long as Senate Republican leader Mitch McConnell does not lose the votes of four of his members, he can block a Democratic effort to prolong the trial by subpoenaing witnesses such as former national security adviser John Bolton and acting White House chief of staff Mick Mulvaney.

That leaves Schiff, like an advocate singling out the most impressionable members of a jury in a courtroom drama, forever working on swing state senators handed tough races by Trump's unpopularity and Republicans uncomfortable with their leader's refusal to explore new testimony and evidence.

Schiff is appealing to their sense of constitutional duty and to those who dream of a unique place in history. He's playing on the Senate's sense of self-importance, suggesting it as the only venue sufficiently wise to try the case.

The former prosecutor is also pleading with senators to be more jealous of their own power, warning that Trump's stonewalling tactics are robbing Congress of its prestige and role.

"If the Senate allows the President to get away with such extensive obstruction, it will affect the Senate's power of subpoena and oversight just as much as the House," Schiff said.

Playing video of public officials expressing shock in House hearings after Twitter bullying by Trump over their testimony, Schiff seems to be appealing especially to the senators' humanity.

"If they could show the courage, so can we," he told them at one point.

As a fellow politician, he also conjured a future scenario in which Trump was running rampant and threatening the integrity of the republic itself, and they were left to explain to voters why they had done nothing to stop him.

"What answer shall we give if we did not pursue the truth now and let it remain hidden until it was too late to consider ... the profound issue of the President's guilt or innocence?" Schiff asked on Tuesday.

Most of the senators in the spotlight have spent days dodging reporters as their dilemma sharpens. Perhaps only McConnell knows how the numbers stand. Democrats can only hope.

"Schiff had such power in his speech that he almost forced them to look at him and listen. And just about every Republican's eyes were glued on Mr. Schiff. So it was a powerful rendition," Senate Minority Leader Chuck Schumer said on Thursday, but admitted he was also in the dark.

There were new signs Thursday of a behind-the-scenes GOP effort to thwart Schiff's gambit. CNN reported that GOP senators are warning that a subpoena fight could prompt an "indefinite" delay in the trial, which few on the Republican side of the aisle have any desire to accept.

After Democrats wrap up making their case on Friday night, Trump's legal team will have three days to respond. Then there will be time for senators to ask questions of each side. Only then will the fate of Schiff's effort to force the admission of new testimony -- effectively broadening the trial, opening new investigations and delaying a final vote -- become clear.

One reason it is a hard call is that each senator has unique political circumstances. And all would face the wrath of the President and his fervent base if they voted against Trump's interests.

Sen. Mitt Romney, R-Utah, may have more room to maneuver than his colleagues. He has his own political profile. As a defeated presidential nominee, he may be looking for a more storied place in history, which a brave political gesture could bring. He has said he's keen to hear what Bolton has to say about the Ukraine caper. But it's unclear whether Romney would stand out on his own in the cold and vote for more witnesses without support from his colleagues.

Sen. Cory Gardner, R-Colorado, faces a more complicated dilemma: He's perhaps the most likely GOP member to lose reelection in a state that is trending increasingly Democratic. So hugging Trump close could doom him, but his odds of staging an upset may become even longer if he alienates the President's base.

The up-for-grabs Republicans will face a different kind of pressure from Trump's legal team.

Their plight is uncomfortable partly because the President has rejected the strategy that Bill Clinton adopted at his own impeachment trial two decades ago. Then, the President allowed allied senators to condemn his behavior while arguing that it did not rise to the level of impeachable offenses. This President thinks his conduct has been "perfect."

So Trump's lawyers must thread a needle by giving GOP senators a reason to argue with a straight face that there are not grounds to impeach the President even if they are uncomfortable with his behavior.

'We've got lawyers that are going to put forward, when our side of the case goes, that represents multiple schools of thought on what is and what is not an impeachable offense," Trump lawyer Jay Sekulow told reporters. "Our position is you still have to meet basic, fundamental, constitutional obligations. And they haven't."

Schiff seems to be gauging jurors' mood by the minute, empathizing with them as they endure long, repetitive sessions of dense legal argument -- doled out by a member of what they view as an upstart chamber.

"I'm not sure the chief justice is fully aware of just how rare it is, how extraordinary it is, for the House members to be able to command the attention of senators sitting silently for hours or even for minutes, for that matter," Schiff said at the beginning of a day in the Senate court Thursday. "Of course, it doesn't hurt that the morning starts out every day with the sergeant-at-arms warning you that if you don't, you will be imprisoned."

Most members of the GOP Senate majority have already made up their minds, notwithstanding their oath to serve as impartial jurors to examine whether Trump abused his power in Ukraine.

Several of their number took fidget spinners into the chamber to while away the hours Thursday. Kentucky's Rand Paul seemed to be doodling a picture of the US Capitol. But Schiff is eyeing senators such as Romney, Gardner, Lisa Murkowski of Alaska, Lamar Alexander of Tennessee and Susan Collins of Maine. Befitting the scrutiny, Murkowski and Collins were seen studiously taking notes at their desks on Thursday.

Schiff is also speaking to the American people on the assumption that Trump will be acquitted and Democrats will want to run in November by charging a supine Republican Party of saving a corrupt President.

Schiff and his fellow impeachment managers face a balancing act. Take it too easy and they will let the target jurors off the hook. Come on too hard, and they could drive them back into McConnell's welcoming arms.

When House Judiciary Chairman Jerry Nadler warned in the wee hours on Wednesday that senators would vote for a "cover-up" if they did not accept new witnesses, it gave Republicans an excuse to say the managers were running hot.

"I took it as very offensive. As one who is listening attentively and working hard to get to a fair process, I was offended," Murkowski said on Wednesday, according to one of her aides.

Her comment was a reminder of the deeply perilous ground that Schiff and his team are treading.

"You always have to show respect to senators. Historically, senators don't like to be lectured by members of the House of Representatives," Timothy Naftali, who serves as a CNN presidential historian, said on Thursday.

But he added: "There are a few who have already signaled they are looking for a reason to say yes to more information."