The FBI's darkest days may lie ahead 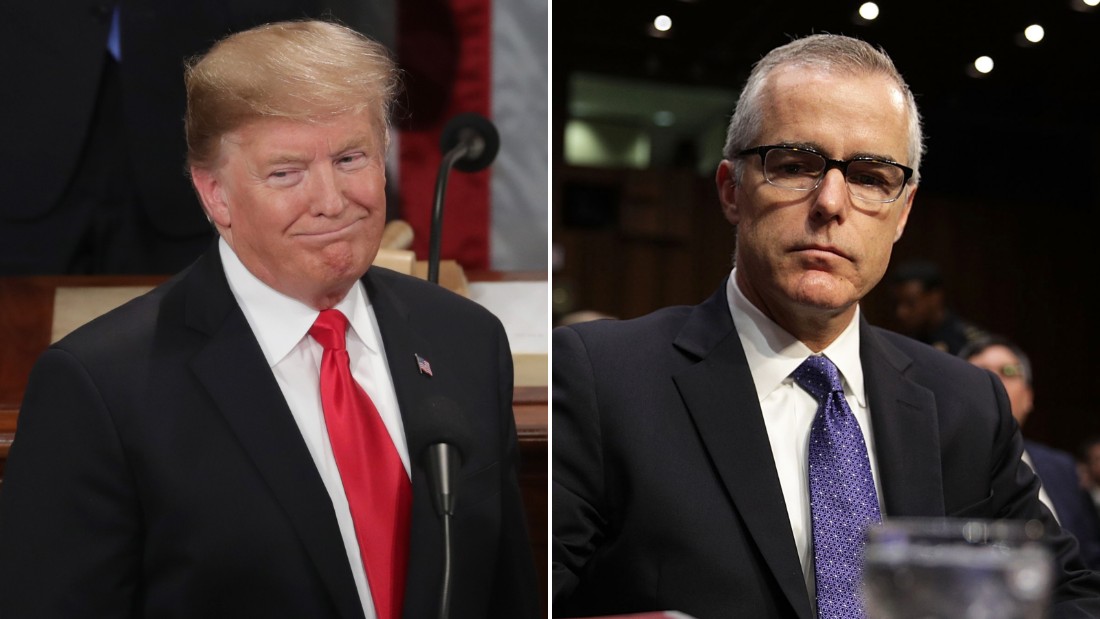 Former acting FBI Director Andrew McCabe responds to years of attacks from President Donald Trump following the release of the report by the Justice Department's inspector general concluding that the FBI's investigation into Russian election interference was legal and unbiased.

Not long after the Justice Department's inspector general released his long-awaited report on the origins of the FBI's Russia investigation, Attorney General William Barr released a statement slamming the FBI for engaging in surveillance "deep into President Trump's administration" despite repeatedly finding "exculpatory" evidence.

Similarly, John Durham, the US Attorney chosen by Barr to lead yet another investigation into whether the FBI improperly surveilled the Trump campaign, issued a statement contradicting some of the IG's key findings.

The Attorney General's language — tonally similar to President Donald Trump's "witch hunt" lingo to describe the investigation — invites many questions about how critical Barr and Durham's final report will be of the FBI, and how free it will be of politics.

Historically, the conclusions drawn by the Justice Department's inspector general are held in high regard within the corridors of federal law enforcement. The watchdog entity exists to ferret out waste, fraud and abuse by DOJ employees and hold accountable those who have committed wrongdoing. It is rare to see political appointees forcefully push back on an IG's non-partisan findings.

However, whereas the independent inspector general found the FBI's investigation of members of the Trump campaign — code named "Crossfire Hurricane" — met the proper criteria to be opened and did not involve political bias, Durham insisted that he disagrees "with some of the report's conclusions as to predication and how the FBI case was opened."

Attorney General Barr had harsh words for the bureau, insisting that the "FBI launched an intrusive investigation of a US presidential campaign on the thinnest of suspicions that, in my view, were insufficient to justify the steps taken."

Barr's full-throated criticism of the bureau also seized on the damning portions of the IG report that faulted the FBI for its mishandling of wiretap authorizations involving former Trump campaign aide Carter Page. The IG discovered everything from apparent sloppiness to an instance of an FBI lawyer altering an email from a different official in order to support a court surveillance application.

In an interview with ABC News, FBI Director Christopher Wray appeared to defend his agency in comments that now place him at odds with the Justice Department, noting that "I think it's important that the Inspector General found that in this particular instance the investigation was opened with appropriate predication and authorization." Wray further outlined a series of new procedures that will be in place in order to guard against future surveillance abuses.

Unfortunately for the FBI, today's findings from the independent inspector general will not be the final word in the Crossfire Hurricane affair. Durham's separate investigation continues with a date of completion still uncertain. The lead attorney has indicated his review of the Russia investigation will be broader than the inspector general's and will involve entities both outside the Justice Department and even overseas.

This ongoing investigation, coupled with Attorney General Barr's past comments that he believes FBI "spying" occurred against the Trump campaign, could prove fateful for federal law enforcement. For an agency that has been shell shocked by three years of incessant political attacks, and at times subject to robust criticism by both sides of the political aisle, its darkest days may still lie ahead.