Elijah Cummings' funeral was an inspiring celebration of idealism and decency 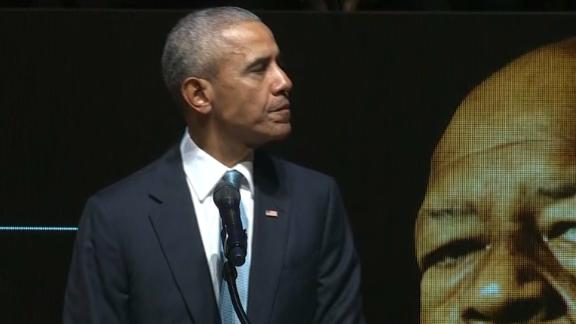 With the death of Elijah Cummings, the United States lost a great statesman. At his funeral in Baltimore on Friday morning, great statesmanship — something that feels so distant in the age of Trump — was again on display. It was a fitting farewell for a man of such integrity and achievement.

Cummings died at 68, far too young, a fate that is far too common among African-American men. He is the first African-American congressman to lie in state in the Capitol, and his funeral was attended by American political titans. Former Presidents Barack Obama and Bill Clinton and former Secretary of State Hillary Rodham Clinton gave eulogies that highlighted Cummings' humble beginnings, his dedication to public service, and his empathy with those in need.

Obama told the story of how Cummings' father, a sharecropper, had taken him as a boy to a nearby airport to watch the planes take off, telling his young son that while he had never flown in one, he knew Elijah one day would.

The eulogies emphasized how a decent man like Cummings attracted decency to him in turn — and stood up to wrongdoing wherever he saw it. Listening to the sober, stately addresses from the Clintons, Obama and Cummings' wife, Maya Rockeymoore-Cummings, was jarring, accustomed as we are to the rambling, incoherent outbursts from our current president.

The former leaders and Cummings' widow were lucid and eloquent, and made their words about Cummings, not about themselves. They summoned his memory so they could honor it, with a touching empathy and attention to others that our narcissistic president has repeatedly proven himself incapable of.

Seeing the past two Democratic presidents at the podium and hearing them pay tribute to a thoroughly decent and hard-working man, brought into sharp relief just how far America has fallen since the disastrous 2016 election. Not long ago, Trump derided Cummings' Baltimore district as a "disgusting, rat and rodent infested mess" — something it's hard to picture Cummings ever saying about any corner of America.

Elijah Cummings served his constituents. He served the American people, and he did so with dignity and grace.

Whatever you think of former President Obama, it's impossible to watch him speak and not make a mental comparison with Trump — and then lament how buffoonish and embarrassing America now looks to the rest of the world. Whatever you think of Hillary Clinton, it's impossible to watch her speak and not consider the other scenario in which we could have found ourselves, had the winner of the popular vote been awarded the presidency.

Cummings spent much of the past year defending democracy and warning us about everything we stand to lose if we don't cling to a vision of honesty, decency and transparency in government. In his death, he brought together many of our deeply imperfect past leaders, whose eulogies nonetheless demonstrated how much we have already lost in the Trump era and, as Cummings cautioned, how much further we might still slide.

But they also reminded us of our potential, and of what Cummings did with his career — of what's possible when we expect politicians to lead with integrity, to stand up for the vulnerable and to work for all of us.