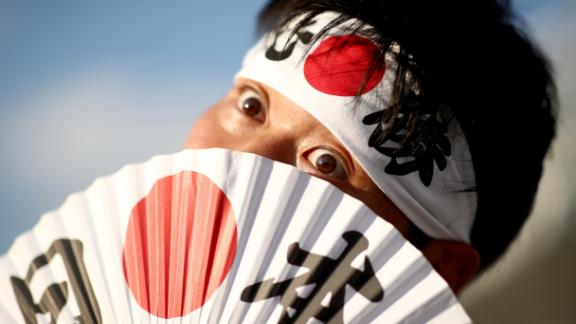 Covering over 12,000 miles, or 20,000 kilometers, across 27 countries, the pair took seven months cycling to Japan for the Rugby World Cup

Long journeys to major sporting events are not uncommon, but the odyssey of two cyclists to the Rugby World Cup in Japan takes some beating.

James Owens and Ron Rutland have cycled 20,093 kilometers across 27 countries -- from London to Tokyo -- over 230 days to reach rugby's showpiece event.

While both men are huge rugby fans, the primary aim of their epic journey was to raise money and awareness for ChildFund Pass It Back, the Rugby World Cup's official charity.

The aim of the project is to "help children from developing communities in Asia to learn essential life skills" through the sport.

While their epic cycle has provided Owens and Rutland with the opportunity to visit some special destinations, seeing children benefiting from the project -- for which they have raised €75,629 ($83,181) -- has been the highlight of the journey for Owens and Rutland.

"That's what's been really special," Owens, a Briton born and raised in Hong Kong who works for the Pass It Back charity in Thailand, told CNN's Alex Thomas.

"To see what it means to some of those coaches and just to share it with them. All the adventures, the power of them is sharing them. It's not just us two on the bike. It's much bigger than that.

"World Rugby are always talking about respect, discipline, integrity, passion, solidarity. These are things you can tangibly use in life-skills education."

The pair set off from England's Twickenham Stadium on February 2 and were tasked with delivering the official whistle for the opening match between Japan and Russia which they handed over to referee Nigel Owens.

The two cyclists, who have been supported on their journey by DHL (CNN's coverage of the Rugby World Cup is sponsored by DHL), were only introduced to one another because Rutland's doctor is James Owens' father.

Despite only meeting five days before setting off and having spent 230 consecutive days together, South African Rutland insists they haven't got sick of one another's company.

"There was a big risk for both of us, I think," the 45-year-old said. "We didn't know each other, and we got on a bike and spent the next 230 days, every single day hip-to-hip and we still talk to each other so that's a good sign."

This trip isn't the first or even the longest distance Rutland -- general manager for business development for Hong Kong Rugby Union -- has cycled to be at a Rugby World Cup.

For the 2015 tournament in England, Rutland cycled 41,843 km over two years and three months in the world's first unsupported solo cycle through Africa to watch his beloved South Africa.

When he got there, he witnessed his country lose to Japan in one of the biggest shocks in rugby history, but as a result of that game, Rutland developed a love for Japanese rugby.

"That night in Brighton was a night I'll never forget," the 45-year-old remembers.

"Obviously losing was a shock but within hours of that, after taking off my green and gold glasses, and as a sports fan and as a rugby fan, witnessing history is just so special.

"We met a young guy in China who said he heard about rugby because of that match."