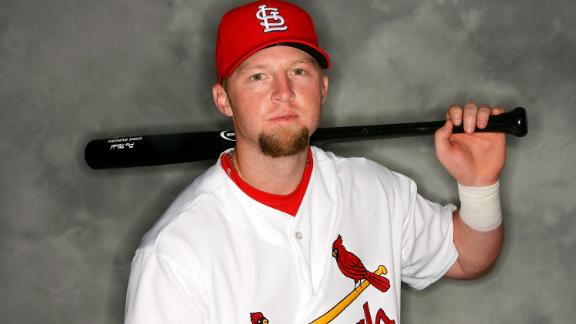 Chris Duncan, former outfielder for the St. Louis Cardinals, has passed away from brain cancer. In 2006, he helped his team win the World Series.

"The Cardinals are deeply saddened by the passing of Chris Duncan and extend our heartfelt sympathy to his wife, Amy, the entire Duncan family, and his many friends," Cardinals Chairman Bill DeWitt Jr. said in a statement.

Duncan, 38, was "an integral part" of the 2006 championship and a great teammate and friend to many in the organization, DeWitt said.

After his playing career came to an end in 2010, he became a prominent local sports talk radio host, CNN affiliate KMOV reported.

"He will always be a part of our family at the station and a big part of our community. RIP Dunc we love you!" St Louis' 101 ESPN Radio tweeted.

In 2012, Duncan announced his diagnosis and underwent chemotherapy, the affiliate reported.

He said in January he was leaving radio to focus on his health.

"Fought for such a long time & doesn't have to suffer anymore," he said. "My thoughts are w/ the entire Duncan family. This world is just not fair."

The Memphis Redbirds also paid tribute to the former player.

Los Angeles Angels player Albert Pujols -- a Cardinals veteran -- tweeted he and Duncan had "some great times as teammates."

"He was a dear friend and a strong competitor on and off the field," Pujols wrote. "If anyone could have beat this cancer, always believed Dunc would."