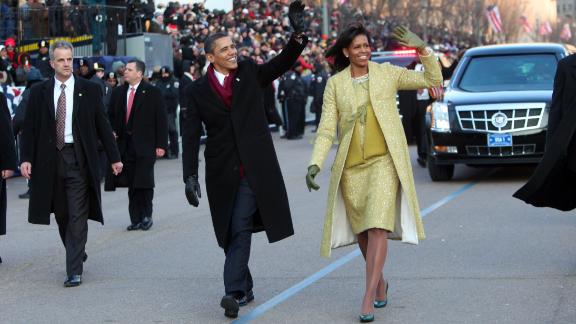 She was 59. The cause was breast cancer, her husband said.

Isabel Toledo was regarded as a "designer's designer" who focused on technique and shunned the limelight as she made her name through looks that blended traditional haute couture with ready-to-wear accessibility.

"Design is so different than fashion. That's why design lasts forever. It's like an engineer. I love to engineer a garment. To make this thing work, to make it stand, to make this sculpture work."

Toledo was born in Cuba, where she learned to sew when she was 8 because "I couldn't find anything I loved," she said in 2012.

After moving to the United States, she honed her craft as a professional dressmaker at the Fashion Institute of Technology, Parsons School of Design and the Costume Institute of the Metropolitan Museum of Art, where she interned for Diana Vreeland.

She met her future husband, Ruben Toledo, in high school in New Jersey.

It would take several years for them to partner up, personally and professionally, but the two eventually became close collaborators in a partnership that was a marvel of the fashion world.

The two were inseparable, said Valerie Steele, the director and chief curator at the Museum at FIT. The museum held two exhibitions of Toledo's work that explored her love of pattern-making and transforming two-dimensional patterns into three-dimensional garments that became her signatures, Steele said.

"Isabel Toledo was a brilliant fashion designer. I first met her in 1990, and immediately felt that she was an original and inspiring designer -- and a beautiful person," Steele said.

An acclaimed artist and illustrator, Ruben sketched her designs, including the outfit that made her a household name, a lemongrass shift and matching overcoat that Michelle Obama wore to her husband's inauguration in 2009.

Toledo told CNN in 2012 that her inspiration was a small swatch of lemongrass fabric in her studio.

"The emotion behind the dress was that piece of fabric," she said.

With time running down before the event, she explained the idea to her husband, who sketched the dress, emailed it over and quickly got approval.

"I still sweat thinking about that day," she said.

But despite her expertise in the fashion world, she said she preferred to focus on design.

"I get all enthralled if I have to come up with: How do I sew this cloth? What am I saying with the fabric? It's nothing to do with, 'What does it look like?'"

Toledo also designed more mainstream looks, including a series of boots, pumps, flats and handbags for the discount chain Payless.

"As a designer, your goal is to communicate and to get your work out there regardless of whether you're making a dress, a T-shirt, or even an ashtray," she said.