US mother ruled too Western by Saudi court will appeal 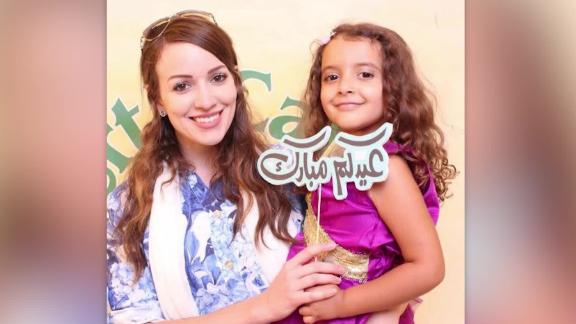 American Bethany Vierra lives in Saudi Arabia where she was denied custody of her Saudi Arabian daughter Zaina by a judge for fear of exposing the child to Western culture.

Last month, an American mother named Bethany Vierra lost custody of her young daughter Zaina, on the grounds that she was too Western to raise the child well. Now her own parents worry that they will lose both grand-daughter and daughter, as the window to appeal closes in Saudi Arabia.

"We love our granddaughter," her father Myron also said. "I think our deepest fear is that we might not ever see her again."

Bethany, a 32-year-old student and yoga teacher, moved to Saudi Arabia to teach at a university in 2011. She recently divorced her Saudi husband, and sought custody of their four-year-old daughter. But in July, the court concluded that she would not be a good parent.

"The mother is new to Islam, is a foreigner in this country, and continues to definitively embrace the customs and traditions of her upbringing. We must avoid exposing (Zaina) to these customs and traditions, especially at this early age," wrote Judge Abdul-Ellah ibn Mohammed al-Tuwaijri last month, in his ruling denying Vierra custody of her daughter.

"These are all male judges who are trained much more in Sharia than they are in the best interests of the child," Rothna Begum, senior researcher on women's rights at Human Rights Watch, tells CNN. Saudi Arabia operates under strict Sharia Islamic law.

'Contrary to our religion and customs and traditions'

In statements submitted to the court, counsel for Bethany's ex-husband used her social media postings as evidence of an allegedly un-Islamic lifestyle.

In translated court documents, a summary of accusations against her includes the fact that she had gone to US festival Burning Man, which is characterized as "the world's strangest festival" where attendees "appear in crazy clothes and stay awake all night dancing and surrounded by people wearing only shoes made of fur, or drinking drugs (sic) or cold drinks."

According to the judge's notes, counsel for her ex-husband also accused her of maintaining social media channels "full of nudity, intermingling of the two sexes and a lot of things and actions contrary to our religion and customs and traditions."

In court, Bethany countered that her ex-husband was actually the unfit parent, alleging that he was verbally abusive and used drugs. "There was drug use and that became an issue," her mother told CNN. Her ex-husband has denied the accusations, and did not respond to requests for comment from CNN.

The judge ultimately granted custody of Zaina to her Saudi grandmother, who lives with Zaina's father. "The fact that the father is residing with his mother is likely a temporary situation," wrote the judge. "Knowing that it is in men's nature not to stay at home and not to honor/fulfill parental role themselves."

Bethany was given until this Sunday to appeal the judge's custody ruling, and for now, the child remains with her. But her parents Kathi and Myron tell CNN that there is a warrant out for her arrest after she missed a child visitation from her ex-husband-- a visitation her parents say she didn't know about.

They also say that Bethany has been banned from leaving Saudi Arabia for the next 10 years, though they were not able to provide further detail on the reason.

"She wants to have the rights to go and come. She used to have that right," says Bethany's father. He says a judge also warned his daughter not to talk to the media.

"She's working within the system," he says. "She respects the Saudi government."

Saudi Arabia has taken tentative steps towards the emancipation of women in recent years.

At the end of this month, women will be allowed to hold a passport without needing permission of a male "guardian." Nevertheless, the controversial guardianship system remains largely intact.

"A woman, from birth to death, must have a male guardian," says Begum, the researcher from Human Rights Watch. "The idea is that they are not capable and that men know better."

Women still need a male guardian's permission before having elective surgery, for example. And critically for Bethany, by Saudi law, a woman's testimony is worth only half that of a man's.

A US State Department official told CNN that it was aware of the case, but would not comment "due to privacy considerations."

"Speaking generally, the U.S. Department of State and our embassies and consulates abroad have no greater responsibility than the protection of U.S. citizens overseas. US citizens abroad are subject to local laws," the official added.

Bethany is now racing to collect all the necessary documents to appeal the custody ruling before the window closes this Sunday.

"Bethany won't give up. Because that's her daughter," Myron Vierra told CNN earler this week.

"And it makes perfect sense that she won't give up. We also realize that she may lose her life doing this, or we may never see her again."