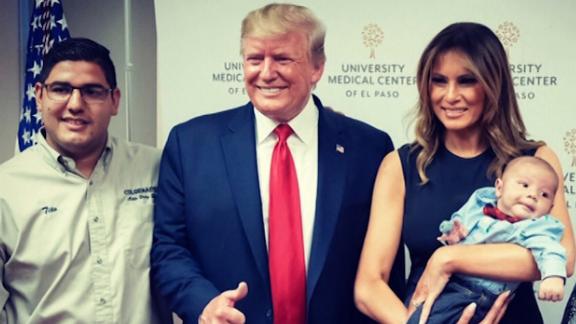 On Wednesday, just hours before President Donald Trump arrived in Texas following the massacre in El Paso, more than 600 Immigration and Customs Enforcement (ICE) agents arrested hundreds of workers — who were believed to be working without proper authorization — across Mississippi. In one day, agents conducted the largest single-state immigration raid in history, rounding up about 680 immigrants.

Coming less than a week after the El Paso mass shooting, these raids represent the Trump administration's gross insensitivity to the Latino community. These workplace raids are an ineffective, wasteful use of resources. Worst of all, they will result in little besides separating families and traumatizing communities.

The timing of the Mississippi raids was troubling because Latinos across the country are feeling targeted in the wake of the El Paso shooting. Because of their ethnicity, a white supremacist killed 22 people. So, the president could have postponed the raids, as he has done with other enforcement actions before. At his word, ICE would have stood down. Instead, before the Latino victims in Texas are buried, Trump chose to allow the targeting of Latinos by the government.

What's more, while in El Paso the president and his wife posed with an infant who is now an orphan because of the mass shooting. In the photo, reportedly arranged at the request of representatives of the White House, Melania Trump is smiling, while Trump is grinning and giving a thumbs up sign, as though they were at a red-carpet event. This image is beyond offensive, as it was the president's rhetoric that led to the baby's parents being killed. That any president, much less the one who locked up children, and the first lady who wore a "I really don't care do U?" jacket on a prior border visit, would use a child as a prop is repulsive.

Meanwhile, children in Mississippi were wailing for their parents.

According to the acting director of ICE, Matthew Albence, the Mississippi raids were part of normal operations to enforce existing law. But workplace raids at best impractical and at worst inhumane. The Mississippi raids were the culmination of a year's long investigation into illegal workers in the state. All this, for what? It costs, on average, about $10,800 to deport a single person; the cost of placing one person in detention for a night is $180. Multiply those numbers by several hundred and consider how wasteful that is given that the Department of Homeland Security has a finite budget. The money spent on the raids, detention, and deportations could be better spent going after violent criminals and other genuine national security threats — not on migrant moms and dads who pose no danger to anyone.

If the goal of the Mississippi raids was to simply lock up undocumented immigrants, then it was a failure. Nearly half have already been released. For those who were not, they will be going into a detention system that the government says is already overcrowded. In July, a report by the DHS inspector General found that conditions in ICE detention were "operating at or above capacity." From there, some of those arrested may pursue their cases in immigration court, where the average pending case takes 713 days. The raids' practical effect will be to further burden our dysfunctional immigration system.

There is profound hypocrisy here, as the Trump Organization has a history of using illegal labor. In 1998, the company settled a class-action lawsuit brought by undocumented workers who alleged that they had worked on Trump Tower and were not properly paid. The Washington Post has reported on undocumented immigrants working at The Trump National Golf Club and undocumented workers at a Trump-owned construction company. The New York Times has published the stories of undocumented workers toiling at Trump's properties in Florida, Pennsylvania, and New York. In response, the president said, "Probably every club in the United States has that (undocumented workers) because it seems to be, from what I understand, a way that people did business." If that is simply "the way that people did business," it would make sense to move towards legalizing these workers, instead of targeting them for removal with military-style raids.

True, immigration laws need to be enforced. Yet the problem is that they are enforced selectively. Mike Hurst, the US attorney for the Southern District of Mississippi said, "To those who use illegal aliens for a competitive advantage or to make a quick buck, we have something to say to you: If we find you have violated federal criminal law, we are coming for you." Really? Recent history says otherwise. Even as the Trump administration has aggressively gone after undocumented workers and migrants, it has not prioritized punishing those who hire them. In the 12 months ending in March, only 11 employers faced criminal prosecutions for hiring undocumented workers. Of those 11, just three served prison time.

Only two things were accomplished by the Mississippi ICE raids: They further traumatized the Latino community, and they no doubt pleased Trump's xenophobic base. Sadly, that may have been the point all along

US judge dismisses lawsuit from ex-officer in Mississippi

Matt's Late Monday Forecast - Some strong storms down the line

Skilled to Work: Center for Manufacturing Excellence at Ole Miss