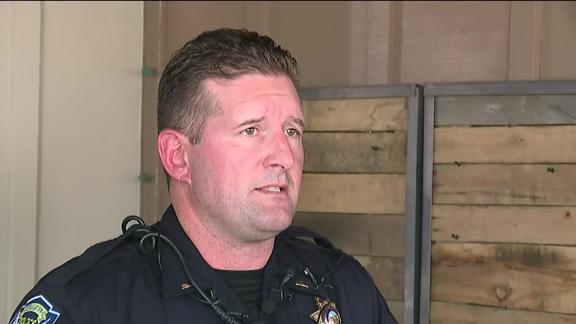 Fairfield, California, police officers say they are investigating the death of a newborn who may have been delivered and left behind a business in Fairfield. Officers responded to a call about a woman who appeared to have just given birth to two babies. Once they arrived at the scene, a police officer found the two infants but not the mother. One of the newborns had died before the officer arrived.

Police are investigating the death a newborn who may have been delivered and left behind a business in Fairfield, California.

Fairfield police officers responded Tuesday evening to a call about a woman who seemed to have just given birth to two infants.

The caller said the babies looked like they had been "birthed on the sidewalk behind the businesses," police said in a news release.

Once they arrived, authorities found the two newborns but not the mother.

One officer began lifesaving efforts on one of the babies.

"This infant was transported to a local hospital and is reported to be in stable condition at this time," police said.

The other infant had died prior to police arrival, police said.

Police searched the surrounding area and found a woman nearby who appeared to have recently given birth. She was detained and taken to a local hospital for treatment, police said.

Protesters in Tupelo call for an end to police brutality

Protesters in Starkville call for an end to police brutality