YouTubers Jake Paul and Tana Mongeau got married in Vegas 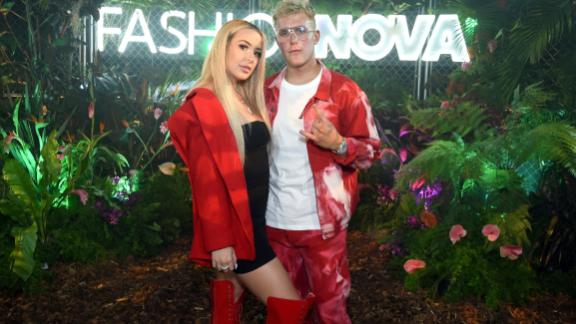 Social media stars Tana Mongeau and Jake Paul were married in a surprise wedding ceremony in Las Vegas after announcing their engagement in June.

On Sunday, the two exchanged vows in front of MTV cameras, which were filming for an upcoming TV show.

Paul, an actor best known for playing Dirk Mann on Disney's "Bizaardvark," is a social media influencer with a huge following. Mongeau is also an influencer and singer.

The newlyweds had the venue scrawled with their social media handles, because why not?

Mongeau wore a strapless number dipped in pink, while Paul sported a suit and tie.

A few hours before the wedding, Mongeau posted a video to YouTube called "I love you, Jake Paul."

"To be honest with you, with a life like mine and a path like the one I've walked, you don't really meet people who understand you—ever. You just meet people who pretend to. I could never speak again and you'd be able to write out what's in my head,"