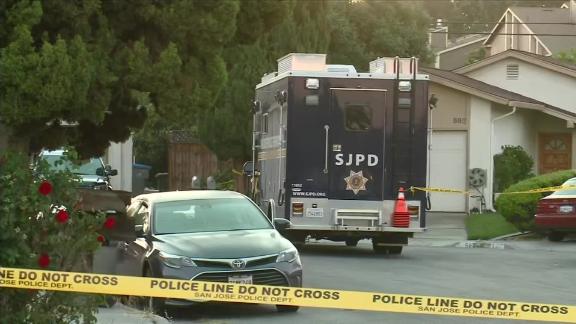 Police responding to multiple reports of shots fired at a home in San Jose, California, found five dead in an apparent murder-suicide.

A California home was a scene of carnage after an apparent quadruple homicide and suicide, San Jose police said.

Officers responded to multiple reports of shots fired at the home around 8:40 p.m. Sunday night.

Police used an armored vehicle to help rescue two gunshot victims from the home. But both of those victims, a male and a female, died shortly later.

"Two other adult female victims and the suspect were still unaccounted for and believed to be in the residence," police said.

At around 1:25 a.m. Monday, officers entered the home and found the two missing female victims and the suspect. All three had been shot, and all three were pronounced dead at the scene.

The names of the victims and suspect have not been released, pending notification of relatives. Authorities have not detailed the relationships between the five people.

"It appears the suspect shot the four victims before committing suicide by shooting himself," police said. "There are no outstanding suspects."

But the motive remains a mystery. Anyone with information on the case can call Crime Stoppers at 408-947-7867.