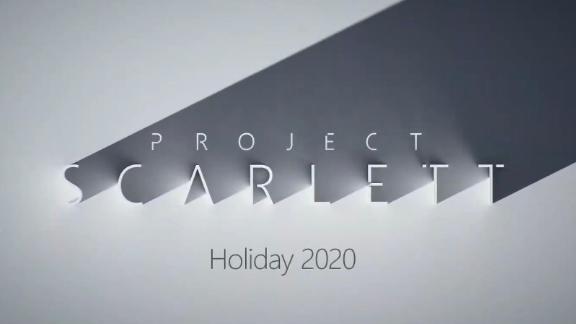 At the E3 conference, Microsoft unveiled its newest console, codenamed Project Scarlett. It's reportedly four times as powerful as the Xbox One X.

It's as if the Hollywood gods heard the prayers for more Keanu Reeves.

With his scene-stealing role in the Netflix rom-com, "Always Be My Maybe," and the success of his latest "John Wick" film, Reeves is having a moment.

He made the internet's day Sunday by popping up at E3, the Electronic Entertainment Expo -- billed as the world's top video game conference -- in Los Angeles.

Reeves was in the house in an official capacity. He's reportedly in the game, "Cyberpunk 2077," and was there to promote it for XBox.

READ: What Keanu Reeves should do next

For the record, Sark's outburst earned him a free copy of the game, according to a tweet from the official "Cyberpunk 2077" account.

Naturally, Twitter went wild over Reeves' appearance on stage and in the game.

"Keanu Reeves wont stop until he's infiltrated every aspect of our lives," one person tweeted.

Please let this come to pass.

Protesters in Tupelo call for an end to police brutality

Protesters in Starkville call for an end to police brutality