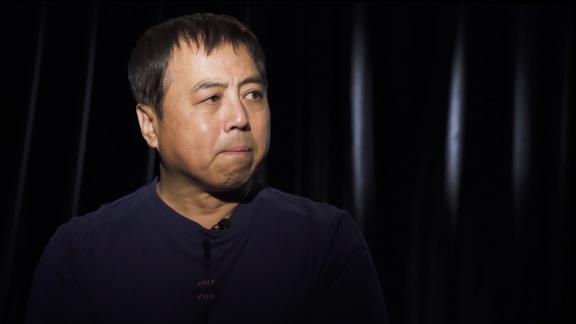 Dong Shengkun, a former Tiananmen Square prisoner, looks back at the events that shaped his life as the world prepares to mark the 30th anniversary of the massacre.

Got any chess pieces sitting around? One particular piece that'd been in a drawer for more than 50 years just sold at auction for $1.3 million.

1. President Trump in the UK

After a day of the kind of pomp and ceremony he craves, President Trump is getting down to some business this morning in the United Kingdom. He attended a business roundtable with outgoing Prime Minister Theresa May, where he called it "an honor" to work with her and joked she should "stick around" as the US and UK work out a trade deal. After heading to Downing Street for more talks with May, the two are due to hold a news conference. This evening, the Trumps will host a reciprocal dinner for the royal family at the US ambassador's residence in London. Throughout the day, protesters plan to hound the President as he travels through the city. Even the Trump baby blimp is back. Meanwhile, back in Washington, the House finally passed that $19 billion disaster relief bill, sending it to Trump's desk for his signature. Click here to keep up with the latest on the President's UK visit.

Could be some tough times ahead for Big Tech. The House Judiciary Committee says it's launching a "top-to-bottom" antitrust probe of the tech industry. The ever-increasing power and influence of the biggest tech companies -- Amazon, Apple, Facebook and Google -- has alarmed many, and there have been multiple calls to break them up. So, committee investigators will give the tech behemoths a serious look-see. And committee members may not be the only ones looking around. The Justice Department and the Federal Trade Commission reached a deal to divide up oversight of the big four tech companies, clearing the way for possibly even more antitrust investigations.

It's been four days since DeWayne Craddock walked into his workplace and killed 12 people in a shooting spree. Authorities still don't know why. There don't seem to be any clues in the resignation letter he submitted just hours before the shooting. The gunman was an engineer with Virginia Beach's public utilities department. Meanwhile, stories of heroism during the shooting are emerging. One of the most widely shared involves Ryan Keith Cox, an account clerk in the utilities department who herded fellow employees into a colleague's office when the shooting started. He then went through the building to "check on everybody else," sacrificing his life to keep others safe.

At least 35 people were killed when Sudan's military opened fire yesterday on a group of protesters in an attempt to break up a sit-in. Violence and uncertainty have gripped Sudan since April, when longtime President Omar al-Bashir was ousted. Demonstrators have held sit-ins and other protests to oppose the interim military council that has ruled the country since the coup against Bashir. Sudan's military denies any involvement in the killings, but multiple eyewitnesses told CNN that security forces shot at protesters with live fire.

Searchers have spotted five bodies on a peak in the Indian Himalayas where eight climbers disappeared a week ago. It's believed the missing climbers -- from the US, the UK, Australia and India -- were buried in an avalanche. Authorities are coming up with a plan to retrieve the remains. The team of climbers did not have permission from India to climb the unnamed and previously unclimbed 21,250-foot-high peak. It's been a deadly spring in the Himalayas for mountain climbers. Eleven climbers have died this season on Mount Everest.

The number of years since the Tiananmen Square massacre. On June 4, 1989, hundreds of pro-democracy demonstrators in and around Beijing's Tiananmen Square were killed in a government crackdown. The anniversary will be commemorated around the world -- but not in China, where all mention of the massacre is censored.

That's how much a cryptocurrency entrepreneur paid to have lunch with billionaire (and cryptocurrency skeptic) Warren Buffett. The lunch money goes to charity, by the way.

Start of a new era?

It was one heck of a run, but James Holzhauer's historic winning streak on "Jeopardy!" is over. And here's the woman who dethroned him.

Meet the high school senior who skipped the traditional graduation bash and threw a pizza party for the homeless instead.

A Dutch airline is working on a plane where the entire passenger cabin would be fitted on the wings.

As if being the greatest rapper of all time and being married to Beyoncé weren't enough, Jay-Z is now hip-hop's first billionaire.

Well, this is a different way of looking up at the heavens. NASA captured this stunning photo of the whole night sky in X-ray.

"It's hard to describe just how shockingly funny he is."

We're used to seeing all kinds of trick shots done with bouncing balls, but what about toilet tools? These cool dudes take the plunge. (Click to view.)