'Heroes' lead police to Texas girl who was abducted while walking with her mother, police say 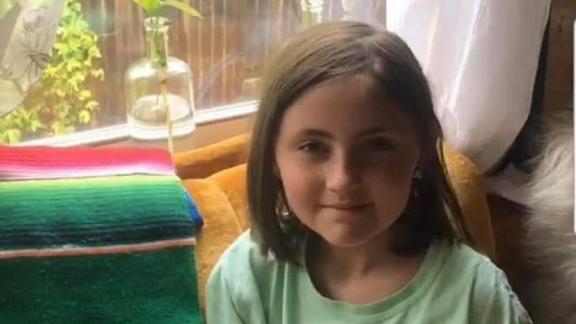 A suspect is in custody after an 8-year-old girl was kidnapped while taking a walk with her mother in Texas, police said. The girl was found hours later and reunited with her family.

Authorities rescued a Texas 8-year-old Sunday after a vigilant duo saw the Fort Worth Police Department's description of the car suspected in her kidnapping and went hunting for it, police said.

Standing in front of the WoodSpring Suites in the suburb of Forest Hill, a beaming Buddy Calzada, spokesman for the Fort Worth police, told reporters that the pair, who he described only as members of a local church, found the grey Ford Five Hundred in the hotel parking lot.

"As you can see, there is a smile on my face. I'm here to report that Salem has been found safe," he said.

Salem Sabatka was taking a walk with her mother Saturday night in Fort Worth when a car approached them and a man snatched her, police said. Her mother tried to jump into the vehicle to save her daughter, but the man shoved her and sped away, CNN affiliate KTVT reported.

Authorities issued an Amber Alert and posted photos of Salem and the Ford Five Hundred to social media.

The churchgoers saw the posts, found the vehicle and called it in to police. Officers determined in what room the car's owner was staying, breached the door and found Salem, Calzada said.

"They're our heroes tonight, I'll tell you that," he said of the churchgoers.

He declined to identify the pair, citing the ongoing investigation, but said he would like to introduce them to the public in coming days.

The 51-year-old accused of taking Salem faces charges of aggravated kidnapping, Calzada said. He is not related to the girl, he said.

Salem appeared calm and unharmed, according to officers, Calzada said. She was taken to a local hospital and has been reunited with her family.

For hours after she was reported missing, several law enforcement agencies, including Homeland Security, searched for the girl.