Why I'm not feeling this historic 'Jeopardy!' run 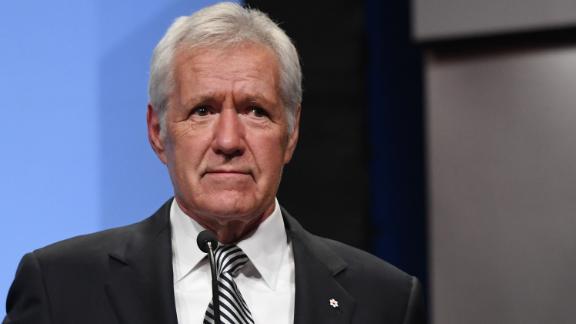 "Jeopardy" host Alex Trebek opens up about how he deals with depression while undergoing treatment for stage 4 pancreatic cancer.

Those of you old enough to remember watching Secretariat's Triple Crown-winning run at the 1973 Belmont Stakes can likely recall how it made our eyes grow big and our hearts beat faster as that horse's lead against his competition stretched to five, 10, 20 lengths and beyond. It was one of the most breathtaking sports spectacles of the last century, and it practically made almost every sentient being levitate, whether witnessing it in person or watching it on TV.

You'd think watching James Holzhauer's similarly epochal run at the "Jeopardy!" record books night after night would likewise rouse the collective soul of all who've been witnessing it, making us think, in F. Scott Fitzgerald's phrase, of our "old best dreams."

Holzhauer, a 34-year-old professional gambler from Las Vegas, is in second place now for the longest streak behind Ken Jennings, whose 2004 streak lasted for 74 games. And for whatever reason, I'm just not feeling it. I wasn't that all excited about Jennings, either. Moments such as Secretariat's Triple Crown or Tiger Woods' first Masters gave me awe and chills. To me, watching Holzhauer (or Jennings) is like watching Tom Brady win another Super Bowl. It's amazing, I guess, but also ho-hum. In fact, watching Holzhauer's pile up his $1.5 million-and-beyond winning total, I'm beginning to intuit how the other horses might have felt watching Secretariat roar long and hard toward that Belmont finish line.

Because we're human and all, we can't know whether horses can feel envy. More likely, we can understand how they can feel winded. It's easier to admire another species that can run faster than we ever could.

What is it with this guy Holzhauer? Even if you can call out as many correct answers from your sofa as he does, you suspect you still couldn't press that button as fast as he can or can play that answer board the way Garry Kasparov can get all his chess pieces on the other side before you can blink.

At best, you're humbled by his scorched-earth tactics. At worst, you can feel the icy tendrils of mortification creeping up your spine.

You even begin to second-guess most of your own answers, even when you know better. (A: "Harry Truman's house was located near this river." Q: "What is the Columbia. ... No, the Missouri River?" Damn it!) Holzhauer's always there before you are.

If you're smart enough to play "Jeopardy!" at home, then you're sufficiently evolved to suspect there's something deeply, profoundly silly about your homebound schadenfreude. Holzhauer's seems nice. He loves his daughter enough to give her props almost every day he's on the air and gives his family and friends thumbs-up along the way. Why begrudge his success? He isn't the first "Jeopardy!" contestant to lay waste to the competition over several weeks, and he likely won't be the last.

He won't, right? Host Alex Trebek's recent disclosure of his battle with cancer, coinciding with Holzhauer's season-ending siege, makes us faithful patrons of "Jeopardy!" uneasy about the long-term future of this long-running game show. Trebek, the unflappable Canadian who may likely be the true heir of Walter Cronkite's "most trusted man in America" mantle, has been our rock, the man with all the questions (answers). Knowing he's in, well, jeopardy makes us devotees wish harder than we've ever wished before that he'll pull through this crisis and return to make small talk with the contestants about their high school yearbooks, house pets and brushes with famous people.

Whatever we do, we shouldn't hold Holzhauer responsible for any of our own mixed or turbulent feelings about his Secretariat-like run to whatever finish line awaits him. What I wouldn't do if I were him is what the superhorse's jockey, Ron Turcotte, memorably did as he and his ride headed down the home stretch: Turn around and see how far ahead they were.

Holzhauer won't have to because I can already tell him what he'll see: us. Shaking our heads and wondering how the hell he knew all that stuff about Mesopotamia. I don't really know if that was on the board at any time he was on. I just know that he'd nail it to the wall.

Rain moves back into out area overnight

VIDEO: Essentials donated in honor of MLK Day in Tupelo