Bernie Sanders is no Donald Trump 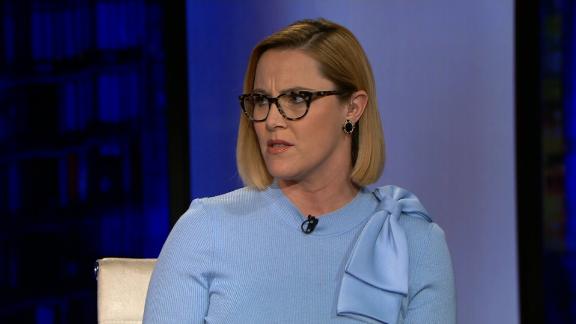 As is fashionable during election season, candidates will be compared to others, both current and past, living and dead. It's a fun game, and can have some real usefulness as we try to learn from the failures and successes of previous eras and administrations.

But other times, the desire to find quick commonality between two disparate figures can be too cute by half. And at worst, it's actually counterproductive and even offensive.

"Bernie Sanders has emerged as the Donald Trump of the left," reads the Washington Post headline above opinion writer Dana Milbank's column.

This piqued my interest, as many WaPo headlines and Milbank posts do.

But what followed wasn't just disappointing, it was ludicrous.

Don't spend too much time parsing this. I'm sure if Bernie supporters were asked, few would say his hair, accent and rhetorical panache were the reason they liked him. But let's give this comparison the benefit of the doubt for now, and assume it goes somewhere convincing.

"Sanders himself remains untouchable, in a Trumpian way," Milbank offers. One piece of evidence? "Claims of mistreatment by male staffers from women who worked on his 2016 campaign" were met with a "yawn."

Let's DO parse this one.

Suffice it to say, it's an ill-advised exercise to equate complaints of harassment by women against men on a single campaign to credible accusations made by more than a dozen women of actual sexual assault against the actual candidate. These things are very different -- and women don't want all behaviors conflated into one blob-like superforce of patriarchy.

But also, neither was met with a "yawn." Trump's "Access Hollywood" tape was a huge story, it just didn't resonate with enough voters to ultimately take him down. Allegations against Sanders' campaign have been met with, I believe, the appropriate level of "awakeness."

Hold on. So really, Sanders and Trump aren't alike in any meaningful way, like how they view humanity, their ethical and moral compasses, their relationship with the truth -- in other words, the most important ways.

"But their styles are similar," Milbank goes on. I'm listening...

"(S)houting and unsmiling, anti-establishment and anti-media, absolutely convinced of their own correctness, attacking boogeymen (the "1%" and CEOs in Sanders's case, instead of immigrants and minorities), offering impractical promises with vague details, lacking nuance and nostalgic for the past."

Try this experiment: Take out the parenthetical and pretend you don't know who this is describing. It could literally be any one of a dozen candidates, because what Milbank is accusing Sanders of being is merely a politician.

Let's forget about his hair, his accent and his "style" and have a serious conversation. Bernie Sanders is nothing like Donald Trump. That's because no one is like Donald Trump. He is, in ways that are both impressive and disturbing, inimitable, unprecedented, unique.

Sanders is, if anything, mundane. Because he is in many ways a typical politician. That means, among other things, he is often hypocritical, attacking the 1% while stalling on releasing his own tax returns, as Milbank points out. It means he often talks in platitudes and hypotheticals, providing little detail or proof of concept (have you met Beto O'Rourke?). It means he rails against the "establishment" (see Hillary Clinton, Elizabeth Warren, every Tea Party Republican and every progressive Democrat).

Trump is unique because his goal -- his only goal -- is to sow distrust and discord, not for any policy or political gains, but for his own self-gain and self-preservation. He himself motivates everything he does, and everything outside of him is expendable, from the party to our institutions to civility and our safety.

Whatever you think of Bernie Sanders' policies -- and I can't find many I'd support -- let's dispose of the notion that he, or any other candidate, is like Trump.

First softball games of the 2020 season played on Friday