And the next 'Bachelorette' is ... 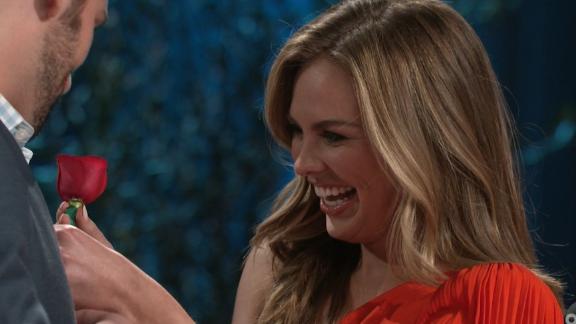 Chris Harrison revealed to fans during the season finale of the Bachelor that the next "Bachelorette" will be Hannah Brown.

When it comes to the finale of "The Bachelor," there are two things fans are hoping for, an engagement and an announcement of who will be the next star of ABC's "The Bachelorette."

Fans at least got one of those on Tuesday night's season 23 finale.

Chris Harrison revealed to fans that the next "Bachelorette" will be Hannah Brown.

This may come as a bit of surprise to fans, because Brown did not make it to the final three. But nevertheless, she'll be the one captivating viewers as she continues on her quest for love next season.

Brown, 24, is Miss Alabama and was born and raised in Tuscaloosa, Alabama. She attended the University of Alabama and graduated with a degree in communications. She works as an interior designer.

Related: 'The Bachelor' finale ends with a shocking twist

In case contestants are looking for some tips on how to win her heart and a rose, her official ABC bio says she "likes it when her date opens all the doors and pulls her chair out for her." Her favorite music is country and she loves board games.

Brown made waves throughout the season with her feud with fellow contestant Caelynn Miller-Keyes and even dubbed her alter ego "Hannah Beast."

But Brown does sound hopeful she'll find her happily ever after. "I do believe that it can happen, and I'm just really just so grateful and honored that people saw my heart and that I get to continue showing that and that somebody will hopefully share their heart with me," she said Tuesday night during the finale.

Let's hope for the guys' sake that Hannah Beast doesn't make an appearance next season, which premieres May 13.

Hi: 89° Lo: 62°
Feels Like: 86°
More Weather
The relative lack of humidity has been a welcome change from the summertime stuffiness we’ve had lately. That lack of humidity will once again ensure that temperatures get down into the mid 60s for early morning Thursday. While Friday morning will remain comfortable as well, rain chances ratchet up as a tropical system approaches this weekend.

Sunny and hot Thursday afternoon with a bit more humidity