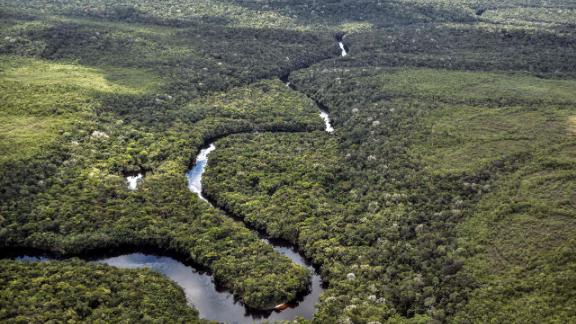 From the makers of Formula E comes "Extreme E", where electric SUVs compete in some of the world's most inhospitable climates for environmentalism.

Imagine living in a ship, traveling to the most remote places on the planet and then racing around in state-of-the-art electric race cars.

Well, imagine no more. From the makers of Formula E comes "Extreme E" -- a new concept that will see electric SUV's compete in some of the world's most inhospitable and challenging climates all in the name of environmentalism.

The brainchild of Formula E CEO and founder Alejandro Agag, the new project is scheduled to start in 2021 with races taking place in the Arctic, the Himalayas, the Amazon rainforest, Sahara desert and islands in the Indian Ocean.

"It's a radical new concept of racing," Agag told CNN.

"We want to take electric cars, electric SUV's, off road cars, to the most extreme and remote locations on the planet.

"We want to showcase all the climate challenges and pollution challenges on the planet and we're going to do it with an electric car race."

All the cars, equipment and personnel will be based on a former Royal Mail ship -- RMS St. Helena -- that will sail to each location.

The 7,000 ton vessel, which is being refurbished to create a new science and research hub, will act as a "floating paddock."

"It's going to be a science and research hub for the climate problems, with pollution in the ocean, plastic, for example," Agag added.

"We're going to transform this ship into a symbol of the fight against climate change and pollution."

Two groups of six teams will compete in the series with the top-four making it through to the knockout stage where each driver will go head-to-head for a place in the final.

Each off-road stage will be around 6-10km long with a series of virtual gates to be navigated through by drivers amid a mixture of extreme heat and humidity, freezing temperatures and high altitude.

The entire series will be shot as a "docu-sport" by Academy Award winning filmmaker Fisher Stevens who believes it will give the viewer a combination of "Blue Planet meets Dakar."

"We are not going to show these races live, " Agag said. "Everything is filmed in these remote places, edited, there's no advertising of sponsors.

"Everything is virtual, we don't pollute the places we go."

Agag also revealed that the new venture is likely to bring an end to his role as CEO of Formula E with the Spaniard moving over to take charge of Extreme E.

He is hoping to find a replacement within the next three months before taking on the new role.

"I'm very passionate about Formula E but the part I really like is to start a company, the start-up phase," he said. "Formula E, luckily, is now up and running and is very big and quite successful.

"I love to start a new venture and this is really quite challenging. To go all over the planet, to do these races is going to be really difficult and at the same time raise awareness on really important issues on climate change and pollution

"I don't think I will ever exit Formula E. Formula E is my baby, I was there in the beginning. We created from the start.

"But I am going to transition and stop being CEO, move to being chairman and probably become CEO of this new venture when we find a new CEO for Formula E."