It's not just average investors getting hurt by the market mayhem. Hedge funds that placed big bets on tech ...

It's not just average investors getting hurt by the market mayhem. Hedge funds that placed big bets on tech and oil have been rocked as well.

The tech wreck has been especially painful to hedge funds because many piled into crowded stocks like Facebook (FB), Amazon (AMZN), Alphabet (GOOGL) and Alibaba (BABA). Fears about rising interest rates and slowing growth sparked an exodus from those former tech darlings, all of which are down sharply from their peaks.

A Goldman Sachs basket of popular stocks held by hedge funds tumbled 9% between mid-June and mid-November. That's well worse than the 2% decline in the S&P 500 over that span.

October was the weakest month for hedge fund performance since 2011, according to HFR, a research firm tracking the alternative investment space. Just one in four funds gained ground in October -- and market volatility only deepened in November.

"The problem with crowded trading is if anything goes wrong, the downside is extreme," said Troy Gayeski, senior portfolio manager at SkyBridge Capital, an investment firm that helps clients invest money in hedge funds. "Everyone is rushing for the door at the same time. It was a very painful month."

And that's an added problem for hedge funds because these firms charge hefty fees with the promise of delivering superior performance -- especially during scary times.

In other words, the unwinding of those popular hedge fund trades helped deepen the market volatility.

Most hedge funds make bullish or bearish bets on stocks. But some hedge funds also invest in commodities -- and crude oil was a very hot trade until recently. Outsized bets by hedge funds helped lift US oil prices to a four-year high of $76 a barrel in early October. Some analysts even believed $100 oil was on the horizon.

But much like the sudden tech rout, crude abruptly collapsed into a bear market due to worries about excess supply and deteriorating demand. US oil prices have plunged by one-third in less than two months.

Gayeski said that even though hedge funds have much less exposure to commodities, the oil crash was "another kick in the teeth for hedge fund investors."

For the year, equity hedge funds declined nearly 3% through the end of October. That's well shy of the S&P 500's total return (including dividends) of 3% over that span.

Of course, not all hedge funds are struggling. Funds focused on healthcare, fixed income and events like mergers have outperformed. And hedge funds overall advanced 9% last year, though that is less than half of the S&P 500's gain.

Fees are 'too darn high'

Still, the recent performance will only give investors added leverage to demand hedge funds slash fees they charge with the promise of beating the market.

"The past few years have been pretty awful versus the market," said Richard "Trip" Miller, founder and managing partner of Gullane Capital Partners, a Memphis-based hedge fund.

Miller said that Gullane was up 16% through the first half of the year before a difficult third quarter. By the end of the third quarter, the firm was up 6.5% on the year.

For many years, most hedge funds charged a flat fee of 2% on total assets and an additional 20% on any profits earned. But that "two and twenty" fee structure seriously erodes returns for clients and has come under pressure due to poor performance.

For instance, Gullane doesn't charge a performance fee on the first six percentage points of gains.

"Hedge fund fees are too darn high in general," said Miller. "It's ridiculous. I think three-fourths of the hedge funds need to go away. They don't serve any purpose. Quite frankly, I don't know how they exist."

Hedge funds are going out of business

SkyBridge's Gayeski said he has been surprised that some poorly-performing hedge funds were able to stay in business for up to a decade.

"Sooner or later, capitalism works," said Gayeski. "If you're not adding value for your consumer, you're no longer going to have a business."

Arrest made in bridge fire investigation in Lee County 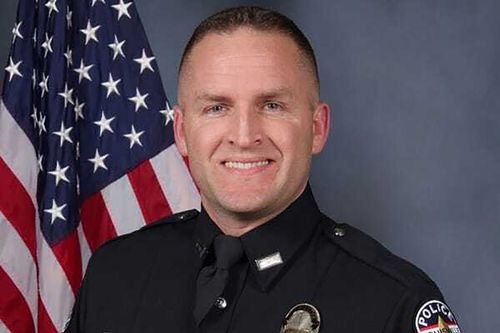 Arrest made in bridge fire investigation in Lee County