There's always an element of decay that seems uneasy at best, sinister at worst. Shapes and forms hover on the precipice of recognition: cabbage and caviar -- or is that an ear and a vulva? Sure, it all looks amazing, but it's also unsettling. And pretty gross.

"Truly beautiful images are boring," Cousins said of her attract-to-repel aesthetic over the phone. "A pretty portrait is boring, a lovely landscape, boring. And on the opposite side, shocking ugly photography is also boring. I don't like black-and-white answers. I like the middle because it keeps you looking and thinking. This is where everything is up for discussion, but it doesn't really matter on the answer."

Cousins may have only graduated from Brighton University in England with a bachelor's degree in fine art photography four years ago, but her close-up compositions have already landed her on the Dazed 100 list and won her plenty of attention in the art world. She's exhibited at Tate Britain and Photo London, published a limited-edition book of her collages, "Squeezing One Out," and collaborated with the likes of Bjork.

With almost 70,000 followers on Instagram, Cousins is part of a new generation of image makers, which includes Gucci muse Petra Collins and fellow Londoner Juno Calypso, who are confronting issues of identity and visual culture in the age of the selfie.

Earlier this month, a specially commissioned series of food-focused works, "Dipping Sauce," opened at London's new Elephant West gallery. The show is a mix of wallpaper-style hangings and lightbox images of dumplings, bok choy and noodles -- plus a whole whack of sticky, soppy, difficult-to-identify solids, jellies and sauces, reminiscent of a lush 1970s dinner party. ("Vintage cookbooks are a huge source of visual inspiration," Cousins said. "I find them manic and obsessive.")

One image, bathed in a pink haze, features a floret of cauliflower and half a boiled egg on a plate, covered in goo, summoning the smell of overwrought hors d'oeuvres platters under fluorescent party lights. A film is the centerpiece, starring a seemingly still carpet of cooked shrimp that springs to life as you clock the flies circling and landing on the crustaceans' heads.

"Originally, I was given the loose theme of 'freedom,' " Cousins said. "That got me thinking of the freedoms that I have. I can basically eat whatever I want and even have it ordered to my bed. I don't think this is a particular good or progressive step in humanity, but I am fascinated with consumption and indulgence, so I wanted to explore that."

Cousins also throws a few props into the fray, including a recurring mermaid figurine reclining in pools of glop, and a toy swan paddling through a gelatinous lake amid hills of fried rice. Elsewhere, tiny plastic babies (the kind you can buy by the bags at craft stores) float in greasy pools of orange and red liquid with pink spaghetti and bobbing black olives.

For Cousins, creating and capturing this kind of festering scene is all in a day's work.

"What happens is, when (the food is) all fresh and beautiful, I absolutely hate the pictures I'm taking," Cousins said. "There's maybe an hour of frustration and sighing, then I'll have a cup of tea, maybe even go out or send a risqué text and get some adrenaline going. Then I'll come back and it's magic, it's all congealed, or it's got a fly on it. I think the objects need to go under a change, or a small transformation, to remove it from being too literal." She adds that she regularly shoots at home so as to not "impose this filth on anyone else."

"The best part is putting it all together and letting it fester. With a camera I can get closer than my eye and I find it exciting. There's no other excuse I could use to buy these things and play with them like this. I want to see what that sticky sauce looks like with fancy lighting on it, that's fun."

Hinting at another potential reason for her fascination with including so much food in her work, Cousins admits there might be a kickback: "I'm going to try get away with claiming all my dinner expenses for this year."

"Dipping Sauce" by Maisie Cousins is on at Elephant West in London until December 2.

Hi: 74° Lo: 52°
Feels Like: 68°
More Weather
Out the door we are seeing a mix of clear skies and clouds push through the area and temperatures are still right around average. Most will stay dry through the morning and early afternoon. Another cold front and some low pressure move back into our area. This will bring back into our area some good chances for some rain, along with some isolated thunderstorms. 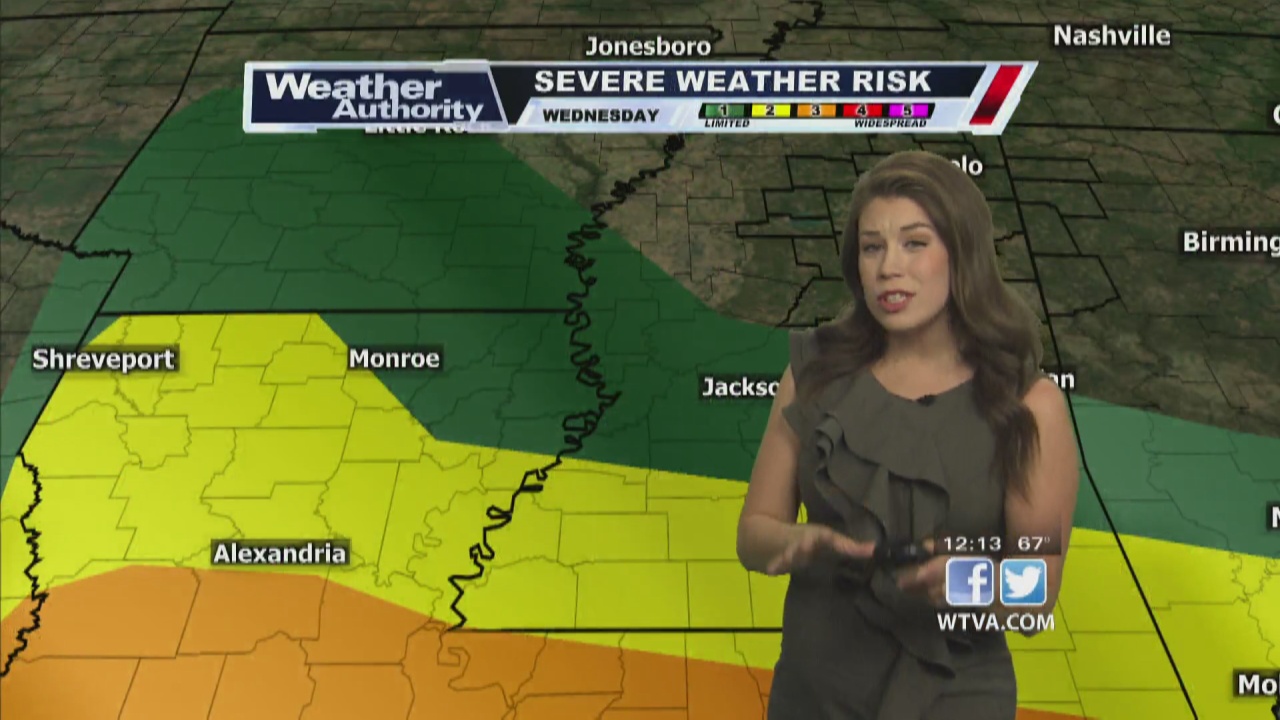 Sunshine for lunch with rain this evening

Chelsea's Wednesday afternoon forecast: Sunshine for lunch and more storms for the evening

Kids in Pontotoc get some goodies before Halloween