Comedian John Melendez posed as Sen. Bob Menendez and was able to call President Donald Trump while he was aboard Air Force One.

The prank call with President Donald Trump by a comedian pretending to be Sen. Bob Menendez has "chilling" implications, Rep. Gerry Connolly said.

"It's a very chilling thing to contemplate" what kinds of "disruptions" other potential phone impersonators could cause, the Virginia Democrat said in an interview with CNN's Wolf Blitzer on "The Situation Room."

Comedian John Melendez, also known as Stuttering John, called Trump on Wednesday posing as Menendez and Trump called him back from on board Air Force One. The two talked about the New Jersey Democrat's acquittal in a corruption case, the upcoming Supreme Court vacancy and the Trump administration's "zero tolerance" undocumented immigration policy.

A White House official told CNN accepting the call was a mistake.

"The President wants to be accessible to members and likes engaging them and wants them to have the opportunity to connect. The downside of that is sometimes the channels are open too widely and mistakes like this happen," a White House official said about the incident.

Connolly said he was surprised the call made it through to Trump and the President returned it, especially on Air Force One.

"I flew on Air Force One with President Obama ... and their security systems are supposed to be pretty tight," he said. "There's a whole protocol for making phone calls and receiving phone calls. I'm shocked this was able to get through, and it really does raise questions about what kind of security filter do we have on Air Force One, presumably the most secure set of communications in the world?"

Connolly added the prank call fit a pattern of heavy phone use by Trump and other administration officials.

"The current chief of staff (John Kelly) tried to crack down on the President's taking phone calls and making phone calls, for this very reason," he said. "The fact that that's now been made much laxer and Kelly is no longer really on that job I think shows the risk of this President being so much on the phone, and carelessly."

The White House did not immediately respond to Connolly's comments when asked about them by CNN.

1A and 4A MHSAA Basketball Semifinals

Stimulus negotiations: Pressure turns to the Senate to close deal on Covid relief 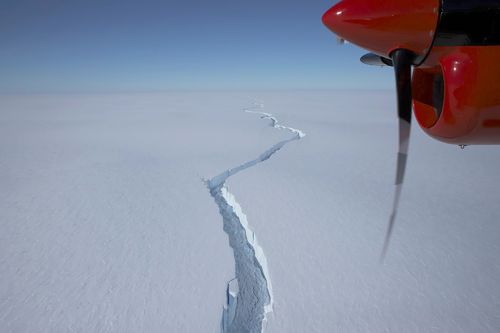 Several without water after water main burst in Beaverton, AL

Coronavirus cases decline in hospitals and clinics in north Mississippi