On stage and in song, on social media and in silent participation, several celebrities showed their support for the s...

On stage and in song, on social media and in silent participation, several celebrities showed their support for the student organizers behind March for Our Lives.

In Washington D.C., Miley Cyrus, Ariana Grande, Common, Lin-Manuel Miranda and Ben Platt were among the performers who took to the stage to pay tribute to the 17 lives lost in the deadly school shooting in Parkland, Florida last month, as well as people impacted by gun violence elsewhere.

George and Amal Clooney, who donated $500,000 to the event, marched alongside the demonstrators calling for stricter gun control.

Kim Kardashian, Kanye West and their daughter, North, also participated in the march in Washington.

More than 800 March for Our Lives rallies took place around the world on Saturday.

"I'm like everyone," McCartney told CNN. "One of my best friends was killed by gun violence right around here, so it's important to me not just to march today but to take action tomorrow."

At a rally in Los Angeles, comedian Amy Schumer, an outspoken gun-control advocate since a deadly 2015 shooting at a screening of her film "Trainwreck," pleaded for lawmakers to protect children from gun violence.

"They call people like me Hollywood liberals -- like there's something in it for us," Schumer said, explaining that speaking up about gun-control efforts "puts literal targets on our backs." She acknowledged that her position has cost her supporters, but she said she wants to do her part to "keep our children alive."

"You see that politicians? You can make a little less money and be able to look at yourself in the mirror with no blood on your hands," Schumer added. 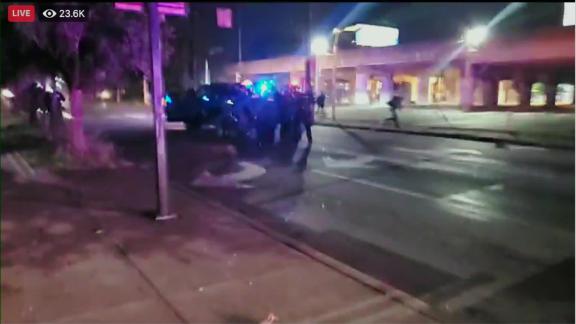